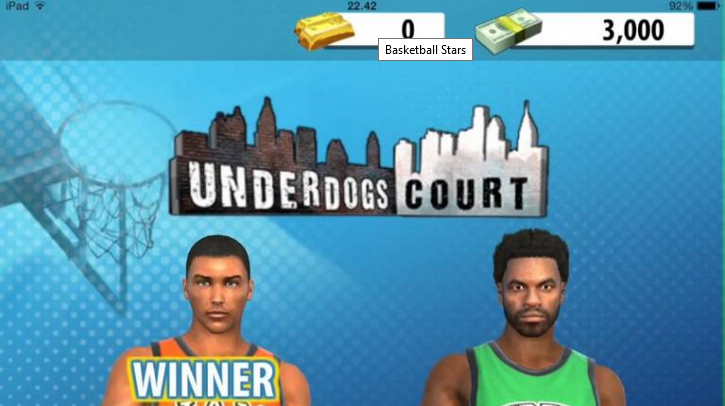 You can dribble, shoot, grab and score to make it in a world of Basketball Stars!

Take part in dynamic 1v1 matches. Cunning tricks or blows – just put the ball into the basket. Throw the ball from different angles. Don’t miss the bonus ball for more points. Go around the opponent, don’t let the opponent protect the ring or grab the ball. Steal the ball from the opponent or be in time to block their shots.

In Shooting Race, you have to keep throwing the ball into the basket. You and your opponent are throwing balls at the same time so be careful not to collide your ball with that of your opponent’s.

Start with the Underdogs Court, move on to Venice Court and go ahead further.

Collect free cash after every 1 hour. There are free spins also available after every 12 hours. You can win a bag or cash in this free spin.
Also login with facebook to win 5 Gold.

Note: This game requires an Internet Connection, however, you can practice in offline mode.

Become the king of street basketball in this addictive game for Android!