Bhediya Movie – An enjoyable and thought-provoking story of the man who turns into a wolf after being bitten by one.

The director of Stree movie has once again brought a new movie Bhediya to the horror-comedy genre. There is much excitement for this movie among the audience. People were waiting for the movie ‘Bhediya’ adorned with stars like Varun Dhawan, Kriti Sanon, and Abhishek Banerjee. The audience will get to experience a horror comedy movie. This is an interesting genre for people. The movie is receiving a very positive response from critics. After watching the movie, people give their reactions on social media.

The movie’s story begins with a young man, Bhaskar, who is tasked with building a road. He decides to build the road through the jungle for more profit. There is a village located near the jungles of Arunachal Pradesh. During this, someone tells Bhaskar a story of a virus that attacks people who harm the forest. On the other hand, the tribals in the forests where Bhaskar has gone to build the road are still being prepared to leave their land and cut trees.

Bhaskar sets out to do this job along with his cousin. While returning from work, Bhaskar is bitten by a wolf, and then the twists in the movie begin. After this, he gradually develops the abilities of a wolf and thus transforms into a werewolf. The movie then moves forward with entertainment and drama, whether Bhaskar becomes human again or not. What happens to the virus? You will have to watch the movie to know the answers to all these questions.

The movie ‘Bhediya’ is a perfect combo of comedy and drama. The story highlights the social issue of forest development and tribal rights humorously with a bit of suspense. Director Amar Kaushik has successfully used the formula of horror and comedy in the movie. He has done a good job as a director and has done the best he could. He often tries to give the audience something new to experience in theatres. The Bhediya movie release date is 25th November 2022.

The first half of the movie ‘Bhediya’ is very slow and boring to the people. However, the drama and entertainment kick in in the second half. The scriptwriters have done a great job and inserted some great one-liners and punch lines in the movie, making you laugh out loud. The movie looks to be a comedy but has a social message to deliver. Some scenes in the movie seem unnecessarily dragged and dragged. However, it was quite interesting for the people to see Varun transform into a wolf in the movie.

Varun Dhawan has tried to do justice to a new kind of character for himself with sincerity. His comic timing has caught the attention of the people. He appeared properly on the screen. Abhishek Banerjee won everyone’s hearts with his excellent comic timing. His comic timing will make you laugh and tickle your funny bone. The comedy of the rest of the cast is also successful in supporting each other. All the actors in the movie played their characters effectively.

The music is the movie’s weak link, while the background score is excellent. Bhediya movie songs have not done any justice to the movie. The work of cinematographer Jishnu Bhattacharjee is commendable. The beauty of Arunachal Pradesh is seen in the movie, and there is a full chance to feel natural when the movie is in 3D. How the deep and dense forests of Arunachal Pradesh have been captured is worth seeing.

The cinematography was excellent, and the people liked the same VFX work. The VFX used in the movie also grabs the attention of the people. The transformation of Varun Dhawan from man to wolf has been done very well. One must appreciate the makers’ efforts in making the VFX and animation look great. Everything from the jungle to the animals looked real, making the movie worth watching. 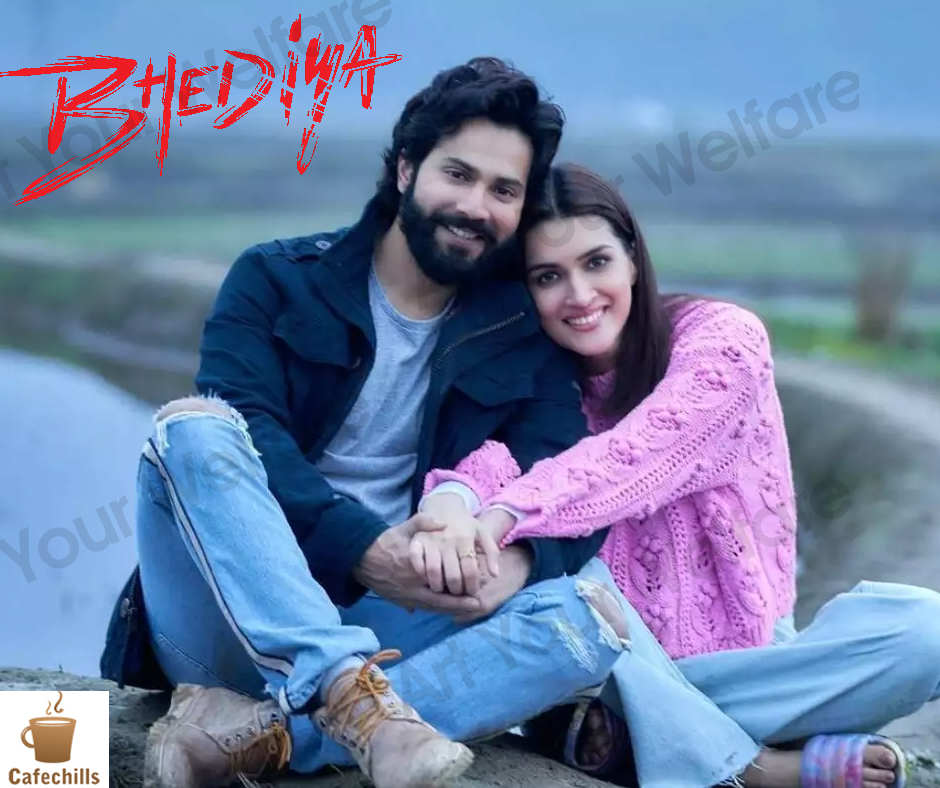 Bhediya is a unique blend of comedy, horror, and suspense with a strong social message. Although the movie’s story is not entirely new, it has brought newness to the mystery and adventure by adding a touch of humor. It matches some levels from Hollywood movies. The movie has mind-boggling dialogues, a surprising story, good CGI, and a great cast. In Bhediya, you get the feel of Spider-Man because Varun Dhawan is turned into a wolf by a wolf bite.

There is no trend in making such movies in Bollywood. The movie is good, and the concept is not new but entertaining. It is also very good at delivering social messages with a well-crafted script and plot. The movie has done all the justice by highlighting the issues of the forests and the tribes. It established a point of view in the audience’s minds. This above-average Bollywood movie can be enjoyed with the family.