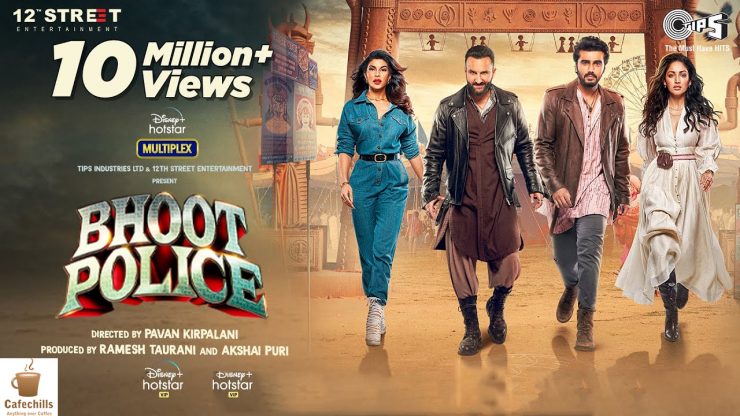 Horror comedies have been made worldwide for a long time, but Bollywood directors have only started trying their hand in this genre recently in Bhoot Police. There is a large audience watching horror comedies in the South, but the audience of this genre is being prepared in Bollywood right now. The last movie of the Stree and Golmaal series was loved by the audience, after which the makers started exploring the stories of this genre.

The story of the movie Bhoot Police is about two Tantriks named Vibhuti (Saif Ali Khan) and Chironji (Arjun Kapoor), who make money out of fear of people. Both of them are the sons of a great Tantrik who knew Tantra, who the people respected. People think that both of them are carrying forward the tradition of their father and serving the people, but the truth is opposite to this fact.

Both brothers roam from city to city and help people troubled by ghosts. While helping people, they reach Dharamsala, where there is a big tea plantation. Two sisters Kanika (Jacqueline Fernandez) and Maya (Yami Gautam), own this tea garden and are daughters of wealthy fathers. After the death of their father, the responsibility of handling the tea factory and plantation is in the hands of both the sisters.

When their factory is inhabited by the witch Kichkindi, who is said to live in the mountains, they seek the help of the Tantric brothers. This is the situation where Vibhuti and Chironji encounter the real ghost. Will Vibhuti and Chironji be able to conquer this ghost, and if they win, then how? The same is shown with great cinematics in the movie Bhoot Police.

The specialty of the movie Bhoot Police is its one-liners (a short joke or witty remark). The chemistry between Arjun Kapoor and Saif Ali Khan is loved. In the characters of brothers, these two actors have given full support to each other and they seem to complement each other’s shortcomings. The second part of the movie is fantastic. The makers have cleverly created the second part of Bhoot Police to impact the minds of the audience.

Regarding the supporting cast of the movie, Jamie Lever has done an excellent job. A lot of VFX is seen in the movie, which is good and the background music of Sachin-Jigar is also excellent. 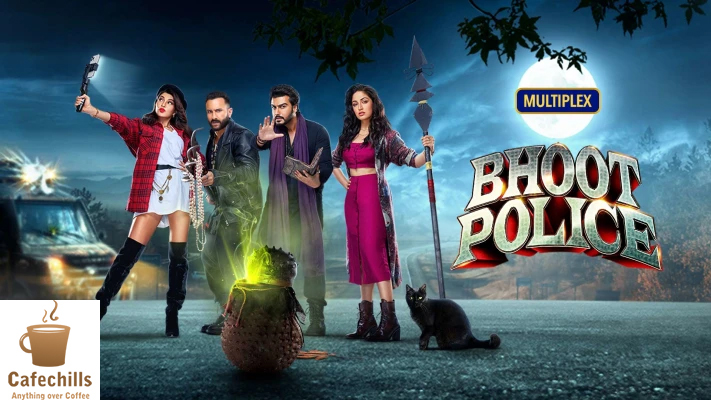 According to the movie’s story, everyone has played their character very well. The roles of Javed Jaffrey, Rajpal Yadav, Jamie Lever are very less though they also did very well in the movie.

Vibhuti is being described as the best character in this movie and he has acted very well from the beginning to the last. Vibhuti is a hypocrite and loots money by making people mad and he does not believe in ghosts at all. But at the end of the movie, the ghost takes possession of him.

Yami Gautam has played the character of Maya very well. Yami never wants to leave the tea factory as a heritage of her father and the ghost first takes possession of them and shows her the truth.

Regarding the character of Chinounji, he always supports his brother. Whether right or wrong, he is a little real Tantrik and wants to be like his father. His character is shown as a responsible person.

Kanika has always had a dream that she should sell all her property and go abroad with her sister. Her dream comes true.

Performance of the cast

Regarding the performance, Saif Ali Khan’s work is the best in the movie. His punch fits right in, and his carefree and flirtatious style is lovable. Arjun Kapoor has become a naive boy, and his work is also good. Yami Gautam and Jacqueline Fernandez have also done their job well. Javed Jaffrey and other actors are in the supporting cast in the movie. Everyone’s work has been outstanding in its place.

The movie is a horror-comedy, but it has failed to scare the audience. However, one-liners like Nepotism and Go-Corona-Go are enough to make everyone laugh. Regarding stars acting in ‘Bhoot Police,’ some of the stars disappoint. Saif Ali Khan is frozen in some scenes. Arjun Kapoor, Jacqueline, and Yami are nowhere to be found in some crucial scenes. Johnny Lever’s daughter Jamie Lever has done a great job in the movie.

There is no song in the movie Bhoot Police. Two songs from the movie album have not been featured in the movie. Regarding the direction of the movie, director Pawan Kriplani has made this movie very light-hearted without applying much logic.

There are many good jokes in the movie, and the scary scenes are also quite suitable. Overall, if you want to spend your weekend laughing, then you can watch this movie. The movie Bhoot Police is available on Disney Hotstar.

Horror comedies have been made for a long time, but Bollywood directors have only just begun to experiment with this genre. This movie according to the reviews given by audience should have been of only one hour as it is too long without any reason. 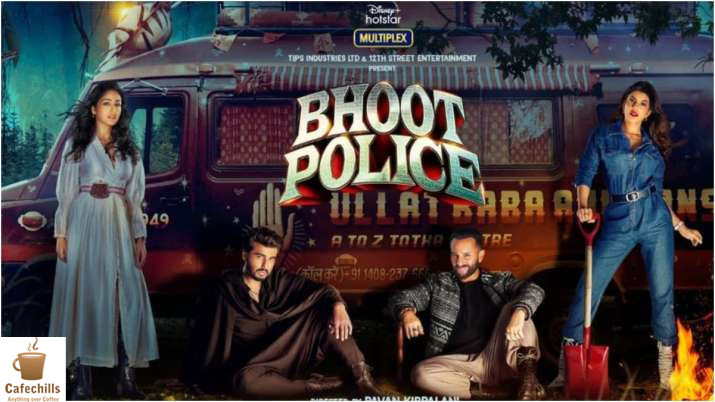 The beginning of the movie Bhoot Police is a bit slow. The makers have taken a little more time to set up the characters and speed up the story. When the film reaches its climax, the dearth of strong gags becomes apparent. Saif Ali Khan and Yami Gautam have tried to save the movie with good performances, but they also have failed at some places. Jacqueline Fernandez’s character is not written correctly. Why do directors sign them to show off their looks? That’s the question Bollywood should ask itself.

The horror-comedy movie ‘Bhoot Police’ has not been able to impress the audience much. The director tries to achieve something meaningful with a large star cast but forgets about the story and plot.

But still, Saif Ali Khan, Arjun Kapoor, Yami Gautam, and Jacqueline Fernandez starrer Bhoot Police is a little scary and a little funny. A movie to watch if there is spare time on weekends.