Cirkus Movie – A movie story based on two people and their lookalikes which create confusion leading to comedy and chaos.

Rohit Shetty’s much-awaited movie ‘Cirkus’ has been released in theatres. On Christmas’s special occasion, Rohit brought a multi-starer movie for his audience. Ranveer Singh, Jacqueline Fernandes, Pooja Hegde, and Varun Sharma are seen in important roles. Deepika Padukone is also seen doing a cameo in the movie. There was a buzz among the audience about this comedy-drama movie for a long time. Will Rohit Shetty’s Movie Cirkus will be able to entertain the audience?

This is the story of four brothers named Roy and Joy, and their two lookalikes are present in Ooty with the same name. They were separated in childhood due to some reasons. Roy and Joy are unaware that their lookalikes, who are their real brothers, are present in this world. While one pair of brothers earns fame in the city by running a circus, the other pair lead a simple life with their parents.

There is such a twist in the story when Roy and Joy reach the city for some work where their lookalike brothers are also living. Despite being new to town, everyone teases Roy and Joy, which upsets them greatly. There cannot be a better environment for comedy than this. When these four live in the same town, the people around them get confused and funny situations arise.

This is where the confusion phase begins and the film’s story progresses. Will these four ever meet face-to-face? Will they be able to find out the truth? To end all this confusion, you must go to the theatres. The Cirkus Movie Release Date is 23 December 2022.

The screenplay has been written so flat that the writers could neither make the situation funny nor write tickling dialogues. Till the interval, there is not a single scene in the movie that can make you smile. The characters in the movie behave strangely. The matter has been drawn so much that boredom sets in. The audience is left wondering what is happening.

Rohit Shetty has often won the audience’s hearts with his movies full of masala and comedy. Ever since the announcement of Cirkus, there have been high hopes for decades that he would give a dose of laughter to everyone this Christmas. But unfortunately, the director shattered all these audience expectations. It is usually seen that Rohit Shetty hides the lack of writers under the guise of his efficient direction, but here he failed.

Rohit Shetty got his assistants to direct the movie. The comedy is ineffective. No wow moment comes till the end. The confusion inserted in the story does not seem natural. The dialogues are so weak that the viewer starts feeling annoyed. Verbal comedy doesn’t hold up, and physical humour is childish. It is so dull that watching it is like testing one’s patience.

Ranveer Singh is seen in a double role for the first time on the big screen. There is no doubt that whenever Ranveer appeared on the screen, he thoroughly entertained the audience. But this time, Ranveer may disappoint his fans. There is a double dose of Ranveer’s acting in the movie, but he cannot do anything special. At the same time, Varun Sharma has a double role and has done a decent job. The total Cirkus Movie Budget is around Rs 150 Crores.

Talking about Sanjay Mishra, on the other hand, this time, he takes all the credit for the movie. From beginning to end, Sanjay Mishra manages to keep the audience hooked. He dominates all those characters. His comic timing and screen presence make this movie worth watching. The acting of Johnny Lever, Siddharth Jadhav, Murli Sharma, and Sulabha Arya is average, and the script is more to blame. Jacqueline Fernandez and Pooja Hegde have also given average performances.

Many seasoned actors are seen in this multi-starrer movie. When so many stars come together on the big screen, entertainment is fully guaranteed, but nothing like this was seen here. When will movie directors understand that Jacqueline Fernandez doesn’t know acting? Ranveer Singh has not been able to show any difference in his double role characters. Sanjay Mishra is the only one whose scenes are good, but you cannot make a movie a hit on the strength of a comedian.

The background music is decent. The Cirkus Movie Songs are very entertaining, and that is because old hit songs have been used in them. Deepika Padukone’s surprise performance in the song made it more interesting. The good thing is that the movie’s songs are situational, which does not hamper the movie. 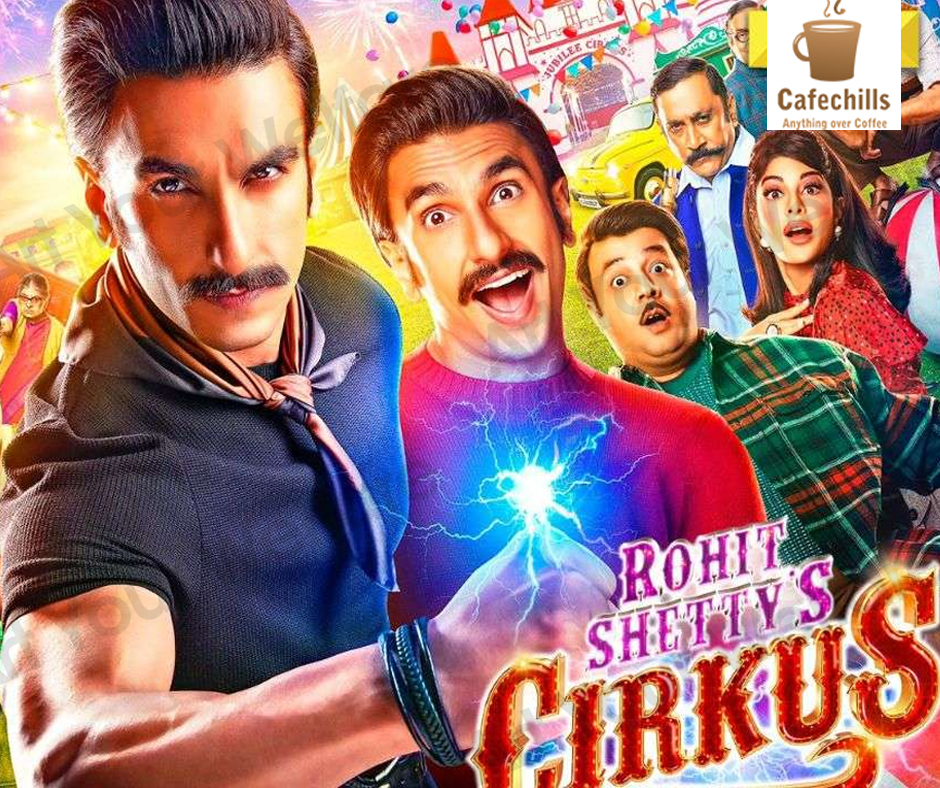 Rohit Shetty has often won the audience’s hearts with his movies full of masala and comedy. However, the result of increasing overconfidence with time was such that the director shattered all these expectations of the audience. Rohit Shetty’s movie disappoints us with its cliche concepts like the twin brothers’ story, love tussle and outdated jokes.

After watching the movie, it is understood that the makers have worked hard only on the costumes and looks of the actors. Neither does the movie’s dialogue have guts nor its story. The supporting actors, Sanjay Mishra, and Siddharth Jadhav, are the movie’s lifeblood, making it worth watching in theatres.