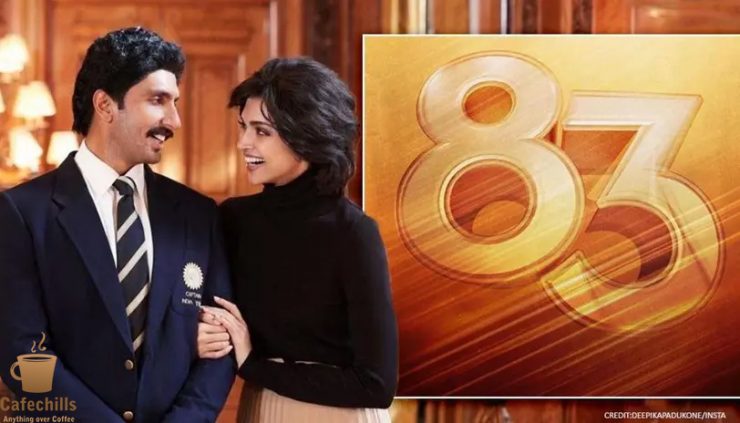 83 is an upcoming Bollywood movie starring Ranveer Singh, Deepika Padukone. It is a sports drama film directed by Kabir Khan and produced by Phantom films, Kabir Khan, Deepika Padukone and Vishnu Vardhan. According to sources, this movie has been planned to be released this year.

Deepika and Ranveer are one of the Bollywood couple who share an amazing chemistry both on and off screen. Both will be seen paired again for the fourth time after Ram Leela, Bajirao Mastani and Padmavat in Kabir Khan’s 83. They have been the centre of attraction since a long time. Ranveer has showered Deepika with praises and generous remarks many times and this shows their deep love for each other.

Deepika will be seen as Romi Dev (Kapil Dev’s wife) in the upcoming film 83. In a recent interview, Deepika, when asked about the experiences of sharing screen with her husband, said, that it was a refreshing change because of the kind of films that they have done before. Further she added that it was a delightful experience as it was a completely different setting, era, characters, costumes and dialogues.

83 Movie is constantly in news for quite some time and when it was known that Deepika would do the film, her fans were even more excited about the movie. Deepika then shared a picture which had Ranveer, Kabir and she herself and the reports were confirmed. Later at a media interaction, she spoke about the film. Deepika said that Kabir thought of her when casting for the movie. She also said that she feels special even to do a small role in this movie as the spouse or family of an athlete is not given enough credit when they win on an international stage. So, this made her accept the offer for this movie.

So now as the release date is around, fans are eagerly waiting for the movie as they can’t control their excitement to see bollywood’s favourite couple back on-screen.