The story begins with Uday Gupta living in Bhopal, who wants to become an orthopaedic surgeon after MBBS. He wants to become an orthopaedic doctor like his cousin brother. However, when his rank comes down, he is compelled to take the gynaecology branch. Also, he cannot move from Bhopal as he has to take care of his single mother, Shobha Gupta. However, Uday’s mother is more open-minded than him. She does not even hesitate to find a partner for herself on the dating app.

One seat is vacant at the Bhopal Institute of Medical Science, but that seat is for Gynecologist. Uday feels that girls do gynaecology. Uday’s distant cousin, Dr Ashok Gupta, is also an orthopaedic surgeon. He explains to Uday that, for now, he must take the seat of gynaecology; after a year, he can try again for the seat of orthopaedics. He is the only male in the gynaecology department. His senior, Fatima Siddiqui, makes fun of Uday with her gang of girls.

The story of the movie Doctor G is based on the life of an ordinary boy who becomes a doctor of a secret disorder of women. Is Gynaecology only for women? Will Uday be able to become a good gynaecologist? On this, the movie moves forward. To know what happens at the end of this movie and how Ayushmann Khurrana treats women, you have to watch the movie Doctor G.

Anubhuti Kashyap directed the movie, and she did a fantastic job with the movie. The way she has brought the story to the screen is quite interesting. The movie sometimes becomes a bit predictable but still keeps you interested. Important issues related to disorder and the treatment of women have been raised in Doctor G; simultaneously, an attempt has been made to show the presence of male doctors in the Gynaecology Department as normal.

While the story of Doctor G makes the audience laugh in the first half, the emotional phase begins in this story in the second half. The movie touches on so many issues, like whether boys and girls can be friends or not and superstitions about having a boy; the story also wanders around the abortion of a minor. The efforts to raise the issue of gender discrimination in the choice of medical courses are good. However, they do not have much impact on the audience.

The director has made a great movie on a sensitive subject about a male gynaecologist. The social message she has given in the context of comedy is also very commendable. Making a comedy movie about sensitive topics is a challenge. However, Anubhuti’s direction and Sumit Saxena’s script have made it easy. The movie teaches all men some lessons and responsibilities towards their mothers, girlfriend or other women.

Ayushmann Khurrana has always looked perfect in his role and has done a great job. Rakulpreet Singh has supported him in the funny comedy. She is very interesting with her young and cute style on the screen. The love story of Rakulpreet Singh and Ayushmann Khurrana will also be seen in the movie, due to which the movie gets a different punch. Sheeba Chaddha and Shefali Shah have done a terrific job.

Talking about acting, everyone’s work here is extraordinary, which means that these actors have done their roles perfectly. The lead actor in the movie is Ayushmann Khurrana, and he does a good job in his role. There is no doubt that Ayushmann Khurrana is a great actor, but he also looks a bit weak in many places. Apart from this, Shefali Shah is seen in the role of a senior doctor in the movie, whose performance is, as always, amazing. Shabi has also shown many shades effortlessly in the role of mother.

The cinematography of the movie is superb. Eeshit Narain as a cinematographer, has created wonders in some scenes. He took close-ups and shot so that the scenes looked intense. The excellent use of music and camerawork has given a very stylish execution to the movie. The other good aspects of the movie are the dialogue, which makes one come to know about the reality of life. 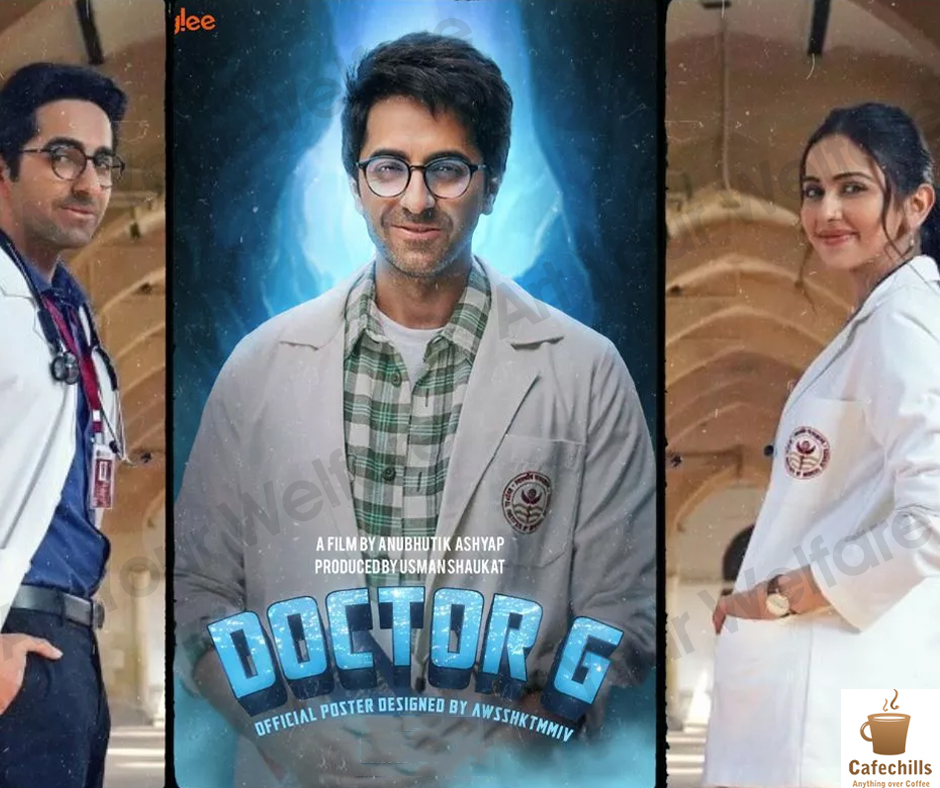 A movie like Doctor G, full of comedy and emotions, is good enough to keep the audience engaged. This dramatic movie takes you on a journey full of twists and turns and, at the same time, raises many questions about the reality of the Gynaecology department. The movie has a strong script of dialogues and punchlines. Those people who love to see Ayushmann Khurrana on the screen should watch this movie.

The movie’s story is unique; it excites the audience from the beginning and keeps them excited till the end. The movie is worth seeing, except for some mistakes in the script. There are some scenes where you don’t feel the need to check the time. If you like watching movies on social issues, then Doctor Ji can be a great option.