JugJugg Jeeyo starring Varun Dhawan and Kiara Advani has been released in theaters on June 24, 2022. Very fews movie have been made in Hindi cinema about the complexities of relationships. An attempt has been made to capture the pulse of the relationship between father-son, mother-in-law, husband and wife in a family. But how effective this family drama turns out to be in theaters, we will talk about it today in this JugJugg Jeeyo Movie Review and you can also watch JugJugg Jeeyo Movie Trailer.

There is a couple named Kukku (Varun Dhawan) and Naina (Kiara Advani) who fell in love, got married and they live in Canada. But after being in marriage for five years, they both want to get divorced. Now, Kukku’s sister is getting married, so they decided that after the function is over, they will announce the news of their divorce in front of family members.

As the wedding is based in Punjab, they come to India for the wedding. Kukku finds out that his father Bheem wants to divorce his mother Geeta as his father is in love with another woman named Meera. This is the main jist of the movie but the drama pushes the movie story forward,

Ever since Kukku has come to know that his father is going to be separated from his mother, he is not able to digest the fact. His parents have spent 35 years together and this divorce news comes all of a sudden. He vows to save his parents’ marriage irrespective of their happiness.

Good direction can be seen in the movie, especially where the parents’ divorce was being worked upon. An interesting approach has been taken to show the complexities of relationships. Both the screenplay and cinematography of the movie are excellent. There are a lot of one liner jokes in the movie which can make you laugh. The way things turn out in climax definitely make the audience emotional.

The weak script of the movie has not been able to do justice to the strong subject and there is a huge lack of twists and turns. The movie has a predicatable climax though the movie is full of comedy in a family drama. The comedy scenes in the movie are totally up to mark. Overall, director Raj Mehta has done a great job with the cast and has also kept the audience hooked on the movie.

The cinematography of the movie is excellent. Even before the movie’s release, the songs have become popular among the public. The movie’s execution is very stylish thanks to the excellent adoption of innovative music and camerawork. The other good aspects of the movie are the comic scenes and as well as the dialogues.

The movie is a family drama, which Raj Mehta has tried to show on screen. The movie does not seem to be lost and an attempt has been made to show all the issues in the right way. Though the movie is stretched, it is not boring. The audience will eagerly want to see what is going to happen next in the story. The songs, including Naach Punjaban, are also catchy.

All of the characters in the movie have done their roles well. From love to conflict, Varun and Kiara’s on-screen relationship has been successful. In their roles as father and son, Anil Kapoor and Varun Dhawan also have excellent chemistry. In short, each actor fully embodies their character.

Anil Kapoor wins hearts with his excellent acting and it is nice to see Neetu Kapoor on the big screen after a long time. Additionally, Maniesh Paul’s performance in the film is strengthened. Regarding Prajakta Koli, she has made a confident Bollywood debut and looks great in the movie.

Varun Dhawan fits his character, Kiara Advani has done a commendable job, her effort in the movie is quite visible. The work of Tisca Chopra is also of excellent caliber. Neetu Singh has also performed admirably in the movie. There is no deficiency in anyone’s performing, but if there are flaws in the screenplay and a lack of competent direction, what can the actors do? 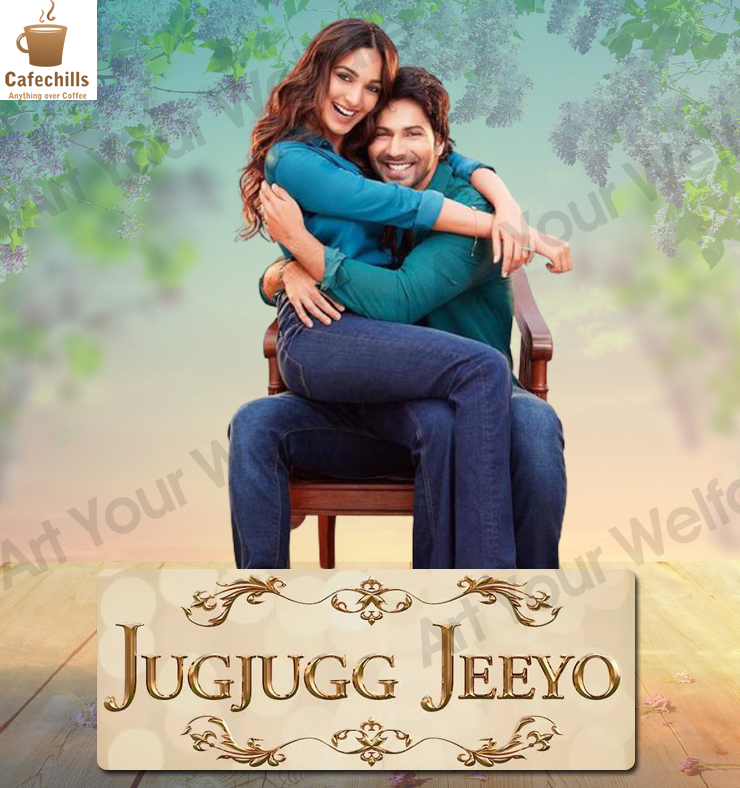 The movie has a strong screenplay of comedy and punchlines. Barring some mistakes in the script, the movie is worth watching. This is the story of a mature relationship in which the director and writers have backed each other very well. If this glorious plot had been accompanied by a good script and the right direction, it would have been something more interesting.

A movie like Jugjugg Jeeyo is made for entertainment, in which the comedy and family drama are good enough to keep the audience engaged. The main reason to watch this movie is that you will be able to see Anil Kapoor’s fabulous performance. JugJugg Jeeyo Meaning is God bless you and you always be happy. If you want to watch a family movie that is pleasant, original, and well-acted, then “Jugjugg Jeeyo” may be the ideal option. Overall, JugJugg Jeeyo is a movie that conveys a serious message and worth once a watch.