Maarrich Movie Review – A challenging murder mystery that leaves audiences shocked when the killer is revealed.

Maarrich is a 2022 Bollywood Hindi-language mystery thriller directed by Dhruv Lather. The movie stars Tusshar Kapoor and Naseeruddin Shah in the lead roles, while Rahul Dev and Anita Hassanandani play supporting roles. The movie received mixed reviews from critics but was praised for its screenplay, direction, and cinematography. If you plan to watch this movie, then definitely read this Maarrich Movie Review.

There is a murder case that police officer Rajeev Dixit (Tusshar Kapoor) is trying to solve. A model and her friend living in Mumbai have been murdered. Rajeev is investigating this, but the case gets more complicated as he progresses. When pressure comes on Rajeev from seniors and the media, he closes the file by calling a coconut seller a criminal.

If someone does evil deeds, they should be punished immediately. Following his conscience, he then takes matters into his own hands and reaches out to the culprit. He is looking for a serial killer who is wreaking havoc in the city. In the end, when the mask comes off the face of the criminal, the audience is left amazed.

The movie is written and directed by Dhruv Lather, who has played both responsibilities decently. He is known for his realistic and naturalistic approach to moviemaking. As a director, he adequately conveys the story on the screen. In the beginning, there needs to be more clarity in recognizing the characters. As a writer, he could not write the drama so the audience would feel any thrill. But the direction of Maarrich is gripping and keeps the audience engaged throughout the movie.

The sequencing of the scene is also under question. The way the police officer investigates the case, there is no fun in it either. The audience keeps dozing off while watching the movie the whole time. In the TV show ‘Crime Patrol,’ a case is shown in 45 minutes, and the movie takes more than two hours. By the way, this case (story) was not strong enough to make a movie about it. Making a movie in the thriller genre, something bigger or better should have been chosen.

The script has several ups and downs, but it ultimately emerges as a stronger movie. The direction of Maarrich is praiseworthy, and it is one of the highlights of the movie. Dhruv Lather has managed to create a good movie with an average story that keeps the audience hooked until the end. He has done a great job of creating an engaging story that is both entertaining and thought-provoking.

Actor Tusshar Kapoor produces the movie under his banner Tusshar Entertainment House in association with NH Studios. Bollywood actor Naseeruddin Shah is in the lead role, while Tusshar himself plays a cop in this mystery thriller movie. His portrayal of a police officer was a bit icy, and it was hard to believe that he was a cop.

The movie’s lead actor, Naseeruddin Shah, performed as the titular character. Tusshar will reportedly be playing the role of a cop in the crime drama Maarrich. He does not fit the role of a police officer. The rest of the cast also did a great job in their respective roles, specifically mentioning Rahul Dev and Anita Hassanandani.

Naseeruddin Shah is a seasoned artist who plays his role very well. He should be seen more in the movies. Anita Hassanandani Reddy and Dipannita Sharma’s performances are average. Rahul Dev is in a small and limited role. Overall, the acting and performance in Maarrich were top-notch and contributed to the movie’s success. Maarrich Movie Budget was about Rs.30 Crore Approx.

The music is composed and sung by the supremely talented Vishal Mishra. Songs have been included in the movie for which the situation needed to be created correctly. The soundtrack album consists of three songs. The first song on the album is “Jaa Ne Jaa,” a romantic ballad sung by Sunidhi Chauhan. The second song is “Deewana,” a peppy number sung by Vishal Mishra. The third song is “Na Boond,” a beautiful melody track sung by Vishal Mishra.

The music of Maarrich has been well received by the audience and critics alike. The songs have been praised for their soulful melodies and beautiful lyrics. The lyrics are simple but effective, and the melody will stay with you long after the song is over. The songs of Maarrich are sure to get your feet tapping and your heart racing. 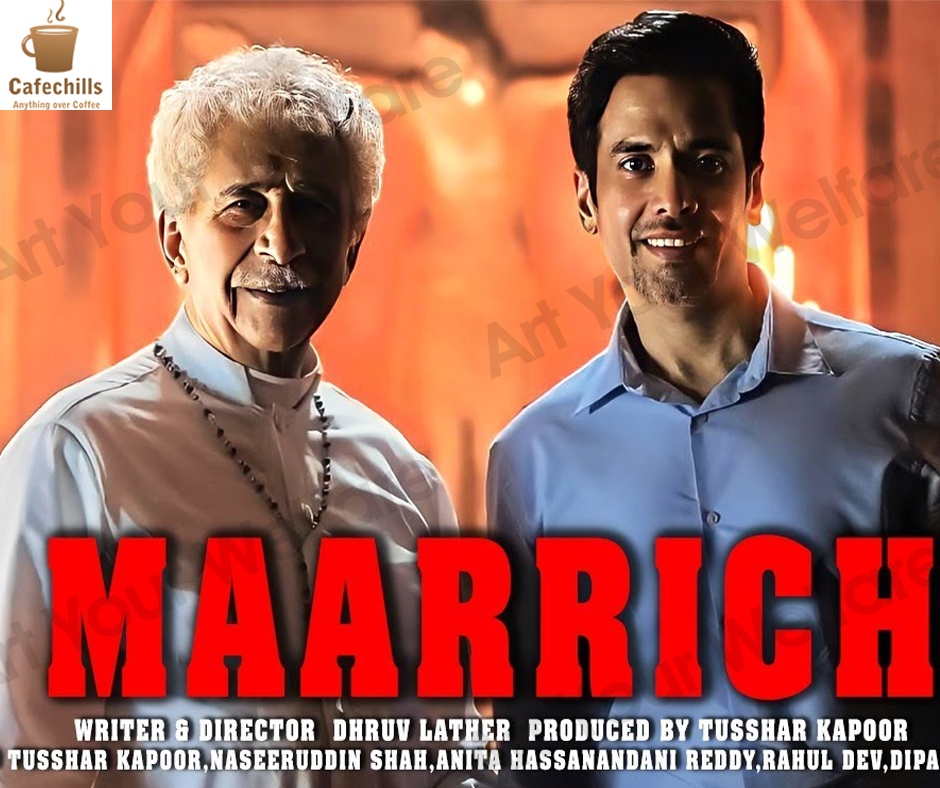 Maarrich is an entertaining and well-made movie that offers a fascinating thrill in theatres. Naseeruddin Shah performs well in the lead role, and the supporting cast is also excellent. The movie is worth watching for Tusshar Kapoor fans. The acting is superb, the direction is engaging, and the shots are well done.

The final verdict of Maarrich movie is that it is a must-watch for all mystery and thriller lovers. The movie will keep you guessing till the end and leave you with a sense of satisfaction. However, some scenes in the movie might need to be more vital for a good thriller. Overall, this is a great movie for families to enjoy together in theatres.