The movie ‘Middle-Class Love’ starring Bollywood actor Manoj Pahwa has been released in theatres, and the reception has been very positive. This movie, which contains comedy and middle-class drama, was widely anticipated by audiences. If you intend to watch the movie, you should read this Middle-Class Love Movie Review.

The story of the movie is relatively straightforward. Yudhishthir grew raised in a middle-class family in a small town. He desires a calm persona and prefers to be called UD. This family’s head, his father, has the mindset of a typical middle-class household, which wears broken glasses to save 200 rupees. His mother also makes a living by preparing tiffin. His brother is a topper who eases the household’s financial strain by providing tuition. UD feels he should abandon this middle-class system and adopt something novel to advance.

UD believes that conserving a little money will never allow him to be dignified. To demonstrate his coolness, he risks admission to a prestigious college in Mussoorie, where he claims Tata-Birla children go. He believes he can successfully date Saisha Oberoi, the most popular college student and wealthiest girl in town. This situation of the story gives rise to a love triangle, but there are numerous plot twists and humorous occurrences that you must see the movie to discover. Middle-Class Love Movie Budget is around Rs. 15 Crore Approximately (Source).

The director of the movie is Ratnaa Sinha. He understands the audience and delivers entertainment, a movie that the audience will surely enjoy. The movie’s beginning is a bit slow, but it picks up speed after the intermission. The movie’s storyline is based on youth; therefore, the plot features romance and bromance. The dialogues in the movie are amusing and humorously present the middle-class story. Middle-Class Love is an emotional and motivational movie. These emotions are inspiring, empathetic, and emotionally provoking.

There are numerous emotional passages in Ratnaa Sinha’s movie, but not all of them necessarily resonate with the viewer. Only a few sequences can create a lasting impression, and others appear to be trying too hard to make the spectator feel something. The movie’s conclusion is predictable but exciting. A boy from the middle class recognises the significance of his family. He refers to his father as the family’s superman, his mother as the superwoman, and his brother as Captain America. Unfortunately, the movie is a little too long; it could have been shortened.

In ‘Middle-Class Love,’ director Ratnaa Sinha does not feed the middle-class mentality with sorrow or suffering; instead, she presents it in a humorous manner, which is the movie’s unique selling point. Some characters in the script mirror the mentality of the lower middle class. The well-written conversations, characters, and scenes keep the audience chuckling for the most part. Most of the rapid punches in the early half of the movie appear to be successful. The screenwriter and the movie’s director have tried extremely hard to entertain the audience and have been largely successful.

Regarding the actors, there is no question that Manoj Pahwa once again delivered an unforgettable performance in this movie. Through facial expressions, he conveyed the suffering of a middle-class father. Sapna Surya is a natural in the mother’s character and performed admirably in the scenes she was given. Preet has also done an excellent job of depicting the difficulties of middle-class youth. On-screen, he is pretty captivating due to his youthful and adorable appearance. In their first movie, Kavya Thapar and Eisha Singh also performed admirably.

Manoj Pahwa, who possesses outstanding acting abilities, is also terrific in his role. He has demonstrated dramatic expressions that suit the character admirably. Looking at the movie’s cast, we see that Prit Kamani, Kavya Thapar, and Eisha Singh played vital roles. Unfortunately, the movie’s supporting cast is average..

The movie’s background music creates the ideal ambience, particularly during the emotional parts. Himesh Reshammiya contributed a total of six songs to the movie. Most of the movie’s songs are of a romantic genre, which contributes to their appeal.

The movie’s cinematography is likewise excellent. Sameer Arya and Manish Khushalani have photographed magnificently in the beautiful surroundings of Mussoorie. The cameraman has captured the beauty of the small village that the protagonist encounters in several moments. The depictions of college life are especially noteworthy. 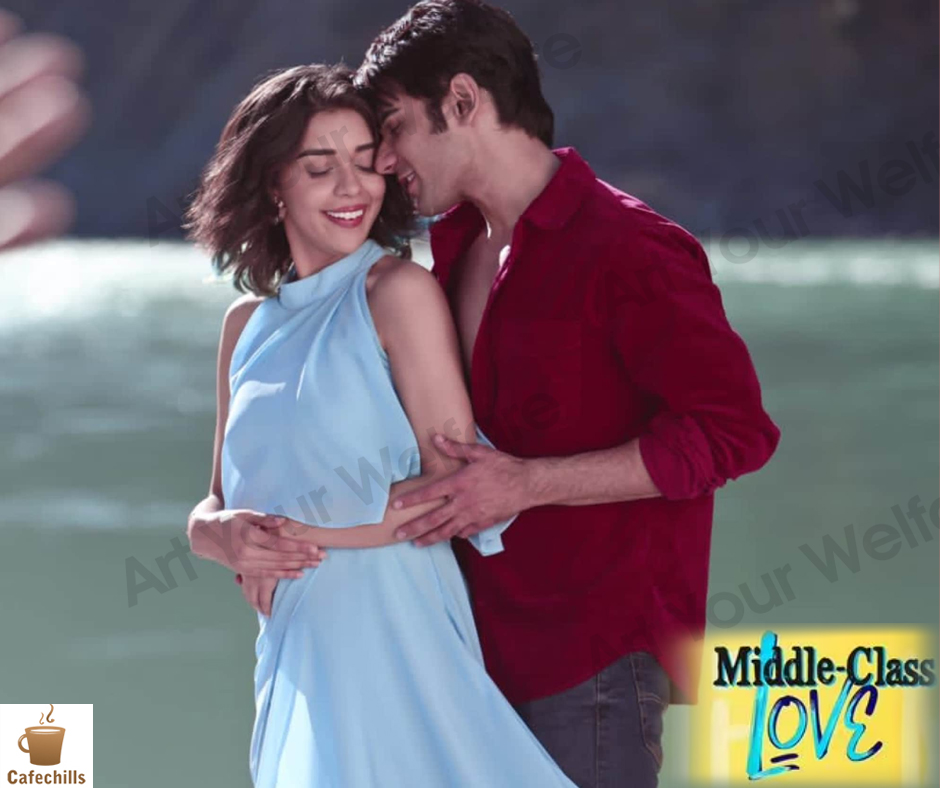 A movie like “Middle-Class Love” is made for entertainment, as the drama and romance are engaging enough to hold the audience’s attention. There are several scenes in which it is unnecessary to check the time. The plot of the movie is not particularly original. However, it still fascinates the audience from the beginning and maintains their interest until the finish. Despite a few script flaws, the movie is nevertheless worth watching.

Overall, Middle-Class Love is a movie with a positive message that is only worth viewing once due to Manoj Pahwa’s outstanding performance. However, if this magnificent plot had been accompanied by more powerful writing and competent directing, the movie would have been more engaging.