Mili Movie Review – A survival thriller story of an extraordinary girl who does not give up in difficult situations.

Jhanvi Kapoor and Manoj Pahwa’s movie ‘Mili’ has been released. It is a movie based on the thrill of survival. In the survival thriller, humans discover their newfound abilities in trouble. Initially, she is nervous and frustrated but gradually gathers the strength to fight and cope with the odd situations. Now read this Mili Movie Review to know how much it meets the critics’ standards.

In the movie, there is a girl named Mili Naudiyal. She belongs to a middle-class family and has big dreams. She lives with her father in Dehradun city. Mili wants to go to Canada to complete her nursing studies and do a job to help her father financially. She is taking her English class, so she does not lose her confidence abroad. But until the road to Canada is cleared, she works in a restaurant.

One day, while working in the same restaurant, she had to go to cold storage. The temperature of the storage reaches almost minus 17 degrees. The story begins when she gets stuck in the cold freezer room of her restaurant at night. The door is locked outside, and no one knows she is locked inside. Yet, there she is, fighting to the death in a freezer. How will she come out? How will she save her life? Watch the movie to know more. Mili Movie OTT Release Date: December 2022 (Tentative) on Netflix.

Mili is the official remake of the 2019 Malayalam movie ‘Helen.’ Director Mathukutty Xavier won the National Award for his direction in Helen. The director of the original movie has also made this movie in Hindi. More than half of the movie stabilizes, showing Mili and her world, and this part is dragged into the movie. However, the bond between father and daughter in the movie seems natural and emotional. The post-interval part is more interesting.

The writer and director strike a fine balance between the worry of the troubled parents for Mili on the one hand and the irresponsible attitude of the police on the other. Along with this, the social attitude towards working women has also been attacked. After the disappearance of the daughter, the movie captures the helplessness of the father and does a great job of balancing the emotion. However, Mili’s life struggle could have been a little more exciting.

The cast of the movie emerges as its strong side. This is the third remake movie of Jhanvi Kapoor’s career. She has handled Mili’s innocence, flirtatiousness and the spirit of not giving up in adverse situations with great ease. Moreover, she has appropriately expressed the feelings of Mili battling the cold through her eyes, lips and body language.

Manoj Pahwa plays Mili’s father. It is the ease of Manoj Pahwa’s acting that he represents the middle-class father very well. Mili and his chemistry are quite fun to watch. You will enjoy watching these two fight on the screen. When his daughter goes missing, expressions like anger, worry and helplessness surround his face. Sunny Kaushal plays the role of Mili’s boyfriend, and he is innocent in the role of the lover. The work of Vikram Kochhar and Anurag Arora is also noteworthy. The rest of the movie also has a surprise cameo.

Janhvi Kapoor is the real achiever of this movie, and this is her best performance to date. After being locked in the freezer, she had very little communication, so she had to show expressions through her face and body language, which she was successful at. In these scenes, the work of her makeup artist was also commendable, who showed the increasing effect of cold through the makeup on Janhvi’s face. This also portrays the pain of Janhvi’s character.

The movie looks beautiful on screen right from its inception. Be it capturing the scene of the characters or showing Dehradun in Uttarakhand, the hard work of cinematographer Sunil Karthikeyan is visible. Every frame in a cold freeze room makes you feel right there. Editor Monissa Baldawa’s work has also been decent. The make-up team must be praised, which adapted the changing complexion of Mili’s face according to the temperature in the cold environment.

Two big names in the music world, Javed Akhtar and AR Rahman are associated with this movie. Javed’s lyrics are decent, but AR Rahman delivers a memorable tune, so Mili Movie Songs are satisfactory. AR Rahman’s music has given two songs in the movie, ‘Sun Aye Mili’ and ‘Tum Bhi Raahi,’ both of which fit the movie’s mood. Nimish Shah’s background music also helps to further stabilize the angle of the thrill. 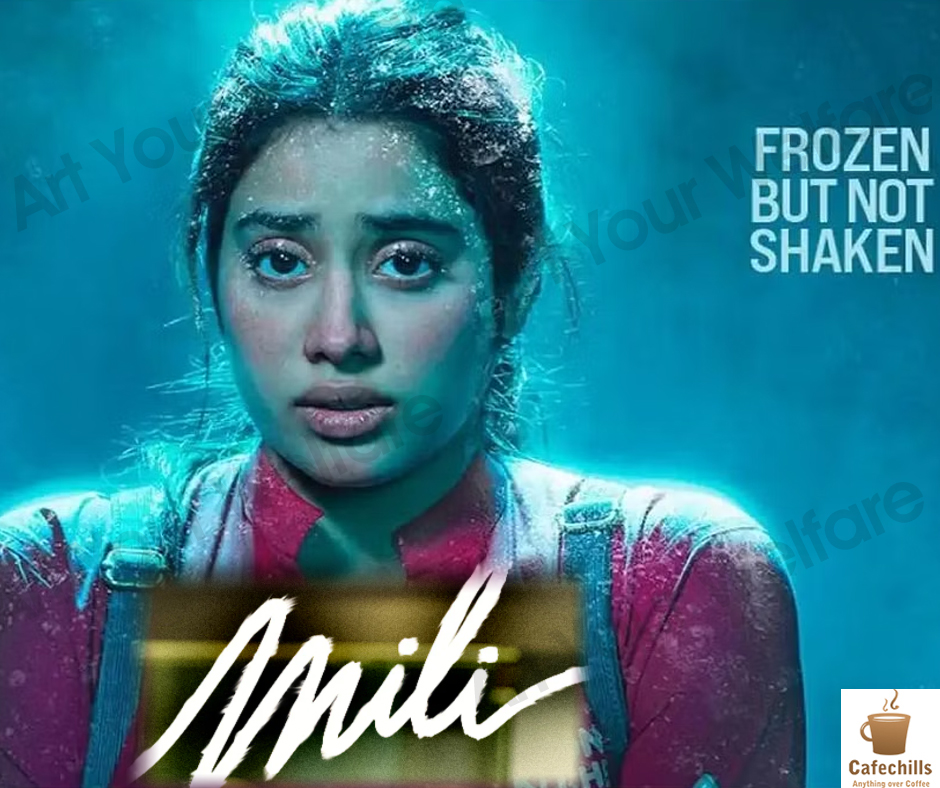 This movie, made in the survival thriller genre, excites you at every turn. If such a challenging situation comes in front of a person, how to survive in that situation has always been an interesting topic for the audience. Milli can be called a decent movie, and the audience prefers to watch such movies on OTT rather than theatre.

There is more to the story than the survival aspect. Due to this, the movie does not give the impression of being a meaningless thriller. On the contrary, you will become immersed in the story. Even while the survival story is a major component of the movie, it is not the primary focus. The movie introduces you to Mili’s world prior to her being placed in cold storage. You understand the people and their motives.

Mili is a very exceptional story about an ordinary kid who conveys the message of perseverance in adversity. A young woman was confined in the cold storage and had to escape. If you have not seen the Southern adaptation, the story is new to you. In this enthralling movie, the emotional temperament has also been used with taste. Considering Jhanvi’s performance, this movie deserves to be seen.