Mister Mummy Movie – A story of a man who goes through all pregnancy stages. A complete entertainer full of comedy of jokes.

One of the most anticipated movies, ‘Mister Mummy,’ has been released in theatres. It is a comedy movie based on the problems of pregnant companions. It talks about those suppressed problems of a pregnant woman that men should also experience. There has been a buzz about this movie for the past few days, so we have brought Mister Mummy Movie Review to find out how much it meets the critics’ standards.

After marriage, everyone in the house expects good news from the couple. The house is happy at the news of the baby’s arrival. However, if this good news is received from both husband and wife, what will be your reaction? The wife may be pregnant, But the husband? Yes, this is the story of the movie Mister Mummy. Think of the fuss when a husband and wife are pregnant together.

The story begins with childhood friends getting married to each other in adulthood. A married couple who loves each other and live happily together, but when it comes to having children, the ideologies of both husband and wife are at odds with each other. After marriage, Amol’s wife, Guglu, becomes pregnant. Along with that, Amol is also found to be pregnant. So how does Amol, a PT teacher, panic when he gets pregnant? When a man becomes pregnant, what difficulties he must face, it is worth watching all this fun on the screen.

Director Shaad Ali, who has directed romantic movies like ‘OK Jaanu,’ has handled a different subject for this movie. However, since it is a comedy, there is no doubt that the audience will watch the movie. At the same time, its writing is also by Shaad Ali. He has given a twist to the plot by sometimes shooting in a foreign location and sometimes in a museum. However, this is optional for the plot.

In terms of directing, the movie is straightforward. There is little in the way of complex plots or other technical flourishes. Instead, the focus is squarely on the characters and jokes. This approach works well for the most part, although there are a few moments where things feel too chaotic.

Overall, the direction of Mister Mummy is just average. It is nothing groundbreaking, but it doesn’t need to be. The movie is enjoyable enough without any major twists and turns.

The acting in Mister Mummy is excellent. The lead actor Riteish Deshmukh does a great job conveying the characters’ emotions and bringing them to life. Genelia D’Souza has also given excellent performance. The cast of Mister Mummy is rounded out by a group of talented actors who bring their unique skills to the table. The total Mister Mummy Movie Budget is around Rs 30 Crores.

It is expected that the pair of Ritesh and Genelia, who gathered millions of viewers on social media through their reels, would rock the movie. Riteish Deshmukh is an amazing actor, and there is no doubt about it. His tone seems so natural that you do not even think he is acting. He makes you smile every time he appears on the screen.

The supporting cast is also very good; they all work together well to create a believable and enjoyable movie. The work of Eve-Yasmine in the movie is average. Mahesh Manjrekar will be seen as a doctor in this movie. With such a talented cast, Mister Mummy is sure to be a hit with audiences of all ages.

The movie features an impressive array of songs that help bring the movie to life. From the catchy and upbeat theme song “Mister Mummy” to the most soulful popular songs like “Chupke Chupke,” the music in this movie is sure to please. The background music is also an important part of the movie and helps to set the tone and atmosphere. 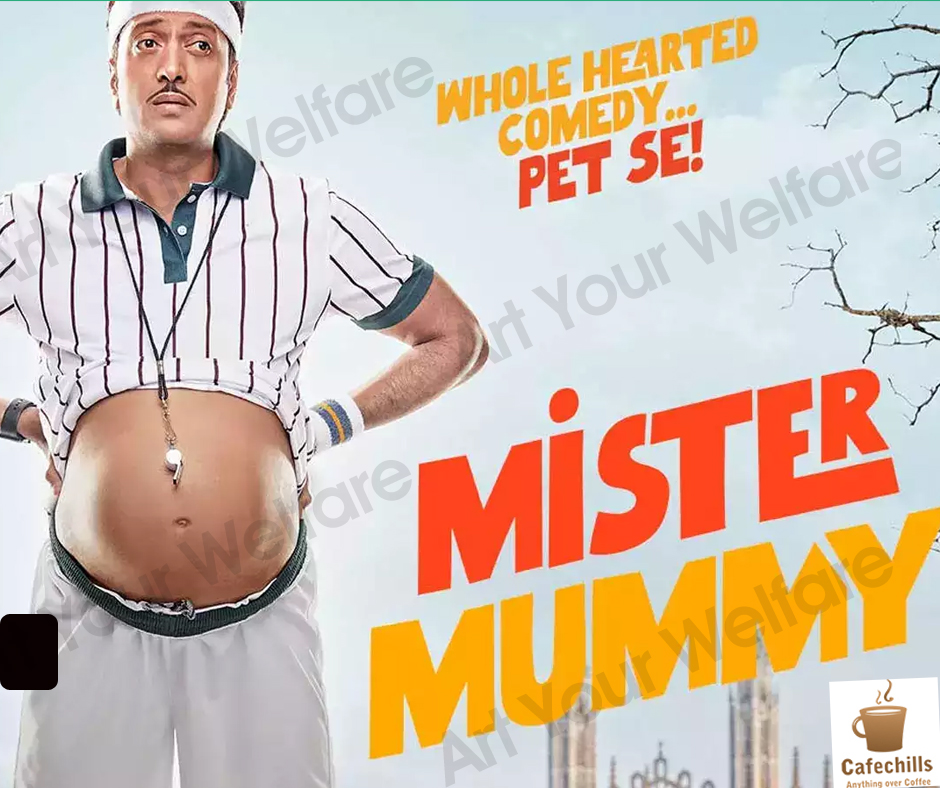 The movie depicts the life of a pregnant couple. Throughout the movie, an attempt is made to tell that going through the stage of pregnancy is not easy. Riteish Deshmukh has weighted the entire movie on his shoulders. The character of a young man who suppresses his fear of society after becoming pregnant is played with great intensity. Even though the movie has nothing to do with words like sense and logic, the moviemakers seem aware of that.

The final verdict of this movie is that it is great for kids and families. The acting is excellent, the story is interesting, and the effects are well done. It has a lot of action and humor, and the acting is superb. But still, the movie could be better. Mister Mummy is purely an entertaining movie full of comedy and jokes. However, some scenes in the movie may be too intense for younger children. Overall, this is a great movie for families to enjoy together.