Nazar Andaz Movie Review – A movie that shows a kind-hearted man living his life to the fullest despite being blind.

A comedy-drama movie Nazar Andaaz has been released in theatres. The movie stars Kumud Mishra, Divya Dutta, and Abhishek Banerjee in the lead roles. Nazar Andaaz is a dramatic comedy movie that will keep you hooked until the end. If you plan to watch this movie, then definitely read this Nazar Andaz Movie Review.

The story revolves around Sudhir, a kind-hearted man who is blind. He lives alone in his own house and has no one in his family or relatives. Then the two outsiders come into the life of this blind man. One is Ali, a thief, and the other is Bhavani, a housekeeper. Both of them have desires to get the property of Sudhir, who is already 50 years old, so they start to get closer to him. Both began to serve their presence in the life of that blind man to become his favourite.

The blind man is also looking for a person to add a name to his will. The movie changes its plot when the blind man expresses his desire to travel the country. The young man and the lady took him on a journey with a scooter. These three characters began to travel from one state to another with the blind man to make him happy. Many dramatic incidents throughout this journey further exaggerate the story. Nazar Andaz Movie OTT Platform: This movie will release on Netflix once it is out from theatres.

The movie is directed by Vikrant Deshmukh and written by Rishi Virmani. The writer of Nazar Andaaz is a very talented individual. He has written an amazing movie that has captured the hearts of many. The story and characters are very well written. Nazar Andaaz is a dramatic comedy movie that will keep you hooked until the end.

There can be no doubt about its story, but directing a movie is equally a challenging task to present according to the script. The script is perfectly thought out and executed. The movie is very well-directed, and the casting is also very good. The director has tried his best in the direction part. There are not many shortcomings in the movie. It’s just that the movie has become a bit long; the movie could have been reduced from 20 to 25 minutes.

The performance of the actors in Nazar Andaaz is simply superb. Kumud Mishra has given the most challenging performance of his career. He is undoubtedly a great actor, but he appeared in a different style in the movie. Abhishek Banerjee has also done well in the lead cast. He proved that he could add a unique personality to a character with his style and acting. Divya Dutta has also done justice to her character. Every time she manages to settle in the audience’s mind by giving a strong performance.

The movie has some great performances by all the actors involved. Everyone gets equal scenes, and they give their best to each other. There were no major weak links in the cast, and everyone did a great job in their respective roles. The movie had many dramatic scenes, and all the actors easily handled them. By the movie’s end, the role of Kumud Mishra gives you the confidence to live your life to the fullest.

There is much discussion on social media about this movie by Kumud Mishra and Abhishek Banerjee. The characters, full of comedy and drama, fit perfectly into this movie’s cast. At the same time, seeing Kumud Mishra and Abhishek Banerjee sharing the screen for the first time in this movie is nothing less than a treat for the fans. Overall, the acting in Nazar Andaaz was excellent and helped elevate the movie to great heights.

The songs of Vishal Mishra attract the attention of the people. There are only two songs in the movie. The songs in the movie are less but great. But the theme song of the movie ‘Lootere Aa Gaye’ is remembered even after leaving the theatre. The music has been composed according to the movie’s story. Everything seems fine in terms of background music.

At the same time, the movie was shot in Mumbai and also in other parts of the country. The movie has a great sense of shooting locations where all the scenes are perfectly shot. Cinematographer Rakesh Ranjan has done his job well. The musical sequences of the song ‘Lootere Aa Gaye’ give a new feel to the movie. That experience can be called very special. Overall, Nazar Andaaz is an impressive movie in terms of music and cinematography that is sure to leave you smiling even after the movie ends. 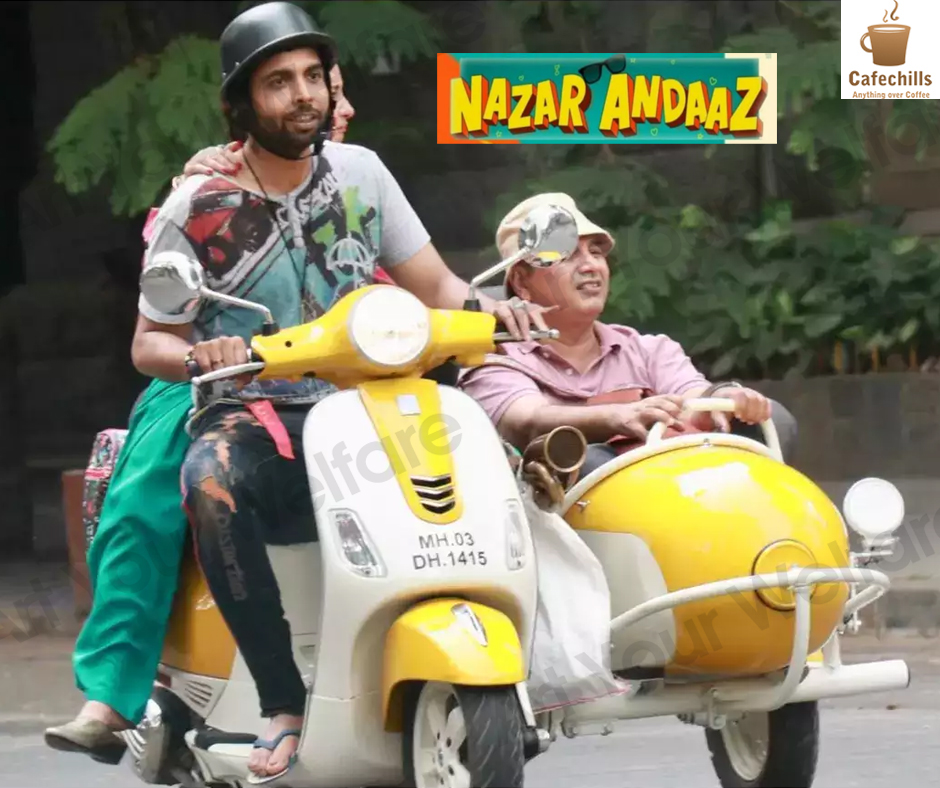 Nazar Andaaz is a movie with a unique story that ultimately shows a kind-hearted man living his life to the fullest despite having no eyes. The movie is entertaining with small humorous moments and can be watched without boredom. A light-hearted comedy can also be seen in the movie. If you’re looking for a comedy-drama, then be sure to check out Nazar Andaaz!

This comedy-drama movie takes you on a journey that is full of twists and turns and, at the same time, raises many questions about truth and falsehood. Except for some mistakes in the script, the movie is worth watching. The acting was great, the story was interesting, and the ending was completely satisfying. The movie has the potential to be watched once, and those who like comedy dramas should watch it.

Nazar Andaaz is a movie that conveys a good message at last and can be seen once because of Kumud Mishra’s excellent performance. The movie’s story is unique and excites the audience from the beginning and keeps them interested till the end. Nazar Andaaz is a dramatic movie that will keep you hooked from start to finish. If you go to the cinema hoping to see a good movie, this can be that movie.