Rocket Gang Movie – This movie is about a reality dance show of 5 youths and promises to deliver entertainment.

The first glimpse of Rocket Gang created a different craze among the audience. If there is a movie based on dance and there is a combination of horror and comedy in it, then the expectations are high. One of the most anticipated movies, ‘Rocket Gang’, has been released in theatres. It is a horror, comedy, and musical genre movie in which you will be shown the life of the dancers. If you plan to watch this movie, then definitely read this Rocket Gang Movie Review.

At the beginning of this movie, a voice by Ranbir Kapoor introduces the audience to all the Rocket Gang characters in a very funny way. Talking about the story of the movie, story connects the world of ghosts and humans emotionally and in a funny way. This is the story of 5 young friends who are somehow troubled by their lives. But they live life freely when they come together, forgetting all their troubles. Furthermore, these young people did not know that their lives would change very soon.

One day, due to their carelessness, a bus accident happens, in which five children from ‘Dance India Dance and the driver are killed. But they do not even realize that a bus accident has happened while driving car. In such a situation, after death, these children become ghost and want these five spoiled youths to fulfil their last wish, which is to get the trophy of ‘Dance India Dance.’ The ghost children believe they have died because of these youths, so they must also fulfil their last wish.

Now, will they be able to fulfil the wishes of the children? How will they win? You will have to go to the theatres to know the answers to all these questions. But one thing is guaranteed, the movie will entertain you with lots of laughter, dance, and emotion.

Bosco Martis has made his directorial debut with this movie, so he has done a great job. He is also a choreographer due to which the movie has a tremendous dance flair. The treatment of the movie is fresh in many aspects. However, the dialogues in the movie need to be stronger to remember after leaving the theatre. This horror comedy Rocket Gang Movie Release Date is 11 November 2022.

Talking about the movie’s shortcomings, the screenplay is sometimes weakening in between. There is a lot of dance competition in the second half of the movie. Even though you are watching a movie, you might feel like you are watching a reality show. It has been promoted as a children’s movie but has become too childish. Not a single dialogue here is strong enough to be remembered after coming out of the cinema hall. The writer-director has taken a lot of time to introduce the characters in the voice of Ranbir Kapoor at the beginning of the movie.

If there is a movie based on dance and there is a combination of horror and comedy in it, then the expectations are high. But there is neither horror nor comedy in it. There is no excitement and enthusiasm in the challenging dance sequence with the rival group. The dance should be such that your eyes cannot be taken off the screen. The duration of the movie is also longer. However, when the children turn into ghosts and take help from those five friends, this incident brings a little life to the movie.

Nikita Dutta has done a wonderful job and there is no doubt that she is a great actress. Aditya Seal’s work is fine, but his role in the movie could have been more. Child actors like Jason Tham and Dipali Borkar have tried to imbibe their characters. However, most of the time, they seem to be slipping in catching the right expressions. The work of the supporting actors in the movie is mediocre.

The lesser-known actors in this movie did the right thing. Just one actor, Nikita Dutta looks lovely. All the other big and small artists remained simple. In some places, the younger actors were more effective. The child actors have done justice to their characters. The movie also stars Cesar Chavez, Farah Khan, Ahmed Khan, and Nora Fatehi in guest appearances, but they do not add much to the movie.

The excellent use of background music has given a very stylish execution to the movie. The movie has great songs like ‘Udd Gaya Rocket,’ ‘Nachoge Toh Bachoge,’ and ‘Ae Bhidu,’ which will make you dance with your feet. The song ‘Duniya Hai Maa Ki Godi Mein’ will make you very emotional. At the movie’s end, the filmmakers also kept a surprise song for the children, where all the kids will be seen dancing to the song ‘Har Bachcha Hai Rocket’ with Ranbir Kapoor.

Sunil Patel has done the cinematography of this movie. The camera work of the movie is excellent. The dance sequences look great, and the movie’s editing is also good. There are some good shots but also some average ones. The editing is fine, but some scenes could have been trimmed down. The visuals are incredibly atmospheric and help set the movie’s tone. 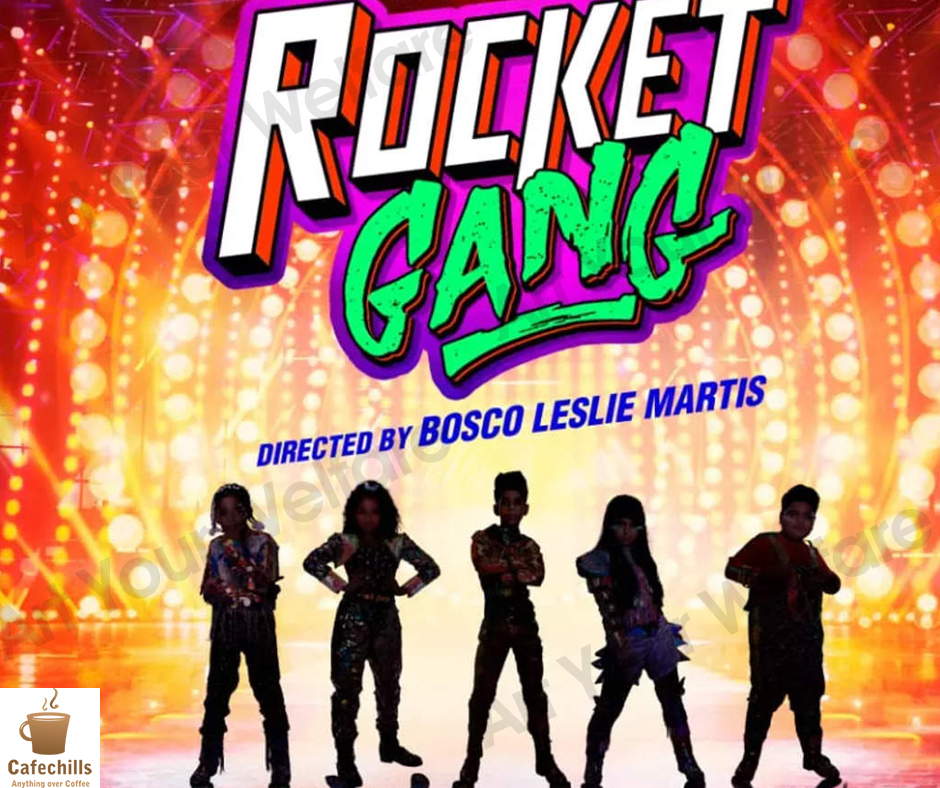 Even though the movie has nothing to do with words like sense and logic, the moviemakers seem aware of that. Also, there is nothing wrong with being meaningless in horror comedy genre movies. The dance sequences are the highlight of the movie. There are some scenes where you do not need to check the time. Also, ‘Har Bachcha Hai Rocket’ with Ranbir Kapoor takes the ending to a higher level. Overall, ‘Rocket Gang’ is a movie that promises and delivers entertainment.