Ranbir Kapoor’s movie has been released after almost four years, and its name is ‘Shamshera’. This movie has been released in theatres. The Shamshera Movie Release Date was July 22, 2022. Whether ‘Shamshera’ will be able to give the necessary breakthrough to mainstream Hindi cinema, we will discuss about the same in today’s Shamshera Movie Review.

The story of Shamshera is based on the British empire, the Indian dacoits of that time, who robbed the firangis and were exploited. There is a dacoit named Shamshera, who fights against the British government. He works with his gang and robs the so-called upper caste people. Shamshera is allegedly considered to be low caste. Therefore, his fight is not only against rich and poor, but also against casteism.

The movie begins with the narration of a character. Whenever you hear someone’s narration, you find that that person will play an important role in the story which is not the case here. The character who opens the story for us here, is completely forgotten in the movie after a while. Shamshera Movie Budget was 150 crore rupees, which is really an expensive movie (Source).

It is a fast-paced movie and events keep happening fast. In fact, the movie does not waste any time in tying the role and comes straight to the point. Many realistic things are seen in the movie. Karan Malhotra who has directed the movie could have made the story of Shamshera more interesting. You can easily guess what the story of the movie is going to be on many occasions.

Karan Malhotra knows the pulse of the audience and brings to their entertainment; a movie that the audience is sure to love. He has presented the right elements in 2 hours 58 minutes. The first part of the movie is fine but the movie becomes very loose after the interval. Karan Malhotra has tried to do something different just like the rest of his movies. But while the story is good, it gets a bit predictable because of the British empire.

The hard work of Shamshera movie director Karan Malhotra is visible throughout the movie. Large sets were made, good work done on VFX and the action sequences are really good in the movie. When you make the hero larger than life, then the villain has to be kept the same. Despite being unkind, the audience still wants to see him. Therefore, the character of the villain has been given a kind of sedist humor and he enjoys bothering others. 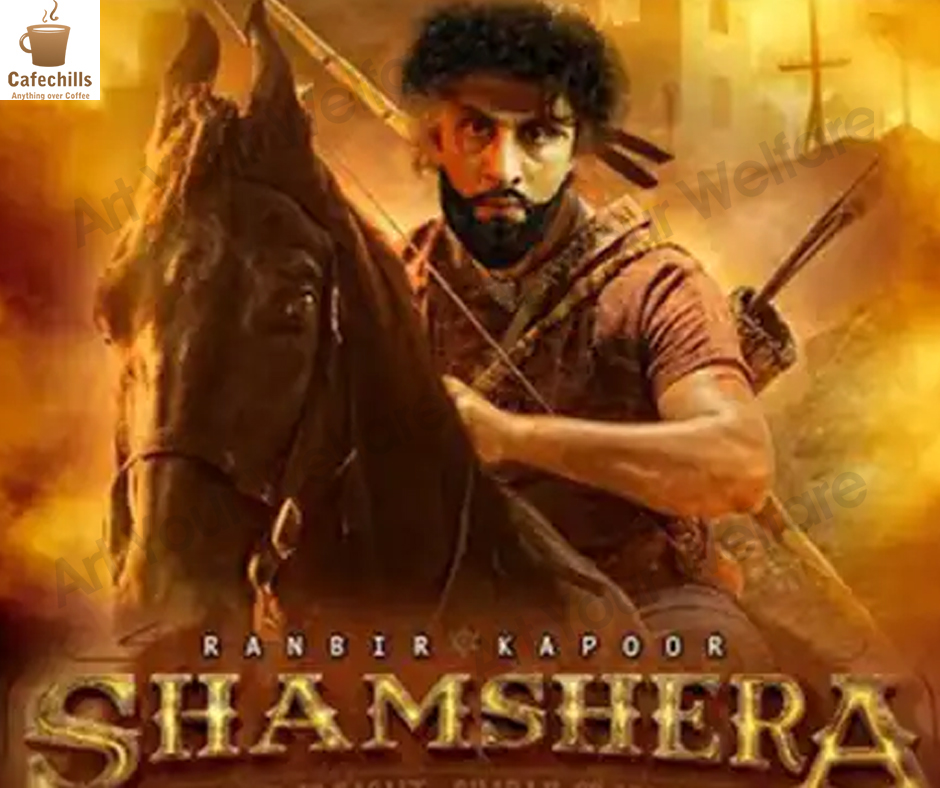 Sanjay Dutt in the role of Shuddh Singh is ready to spread panic once again. He looks extremely cruel and dangerous on screen. Ranbir Kapoor dominates the screen in both the form of Shamshera and Balli. Ranbir has not only lived his character but has also given his life. His hard work and dedication are visible in every single frame. Ranbir Kapoor’s return to cinema after 4 years brings great hope for the people.

Only Sanjay Dutt is able to hook audiences in theaters. Dreaded with tilak on his forehead, he has played the character of a hardcore villain very well. Ranbir has emerged as an action hero in this movie, but his romantic sequences are also amazing. Vaani Kapoor is the romantic support for the movie. Ronit Roy’s role is not much and Saurabh Shukla also did not get strong scenes.

This movie featuring Ranbir Kapoor and Sanjay Dutt is the subject of extensive social media controversy. In this Ranbir Kapoor movie, every aspect, from the romance to the action sequences, has been expertly woven together. Seeing Ranbir and Sanjay share the screen together for the first time in this movie is nothing short of a treat for their fans. After that, it will be simple to determine whether or not to spend the ticket on it.

The songs in the movie are really appealing. Shamshera’s background music gives the appropriate atmosphere, especially in the action parts. The movie features 6 songs in all, which are equally full of passion. The outstanding usage of music and camerawork has provided a highly elegant execution to the movie. The cinematography is good.

Using a combination of camera and wide scenery, cinematographer Anay Goswamy has produced wonders in several situations. In the VFX segment, the alpine scenery is also spectacular. The editing of action sequences is fluid and rapid. The action shots cannot come to life without the VFX editor, regardless of how expertly they are filmed. This movie’s editor, Chandan Arora, has endeavored to infuse the action with vitality.

A movie like Shamshera is made for enjoyment, with sufficient action and adventure to keep the audience interested. The primary reason to watch movie film is to see Ranbir Kapoor’s outstanding performance once again. The screenplay is filled with action and romance. The movie includes adequate VFX that may have been executed better. Despite a few script errors, the movie is worth watching.

Patriotic movies have always not only touched people’s hearts, but have also filled them with zeal. As a result, these British-era movies are frequently box office successes. The movie also attempts to inject new life into ancient ideas. If you like action movies and are a big admirer of Ranbir Kapoor, if you like Sanjay Dutt and want to watch Vaani Kapoor in a seductive role, Shamshera is a must-see movie.