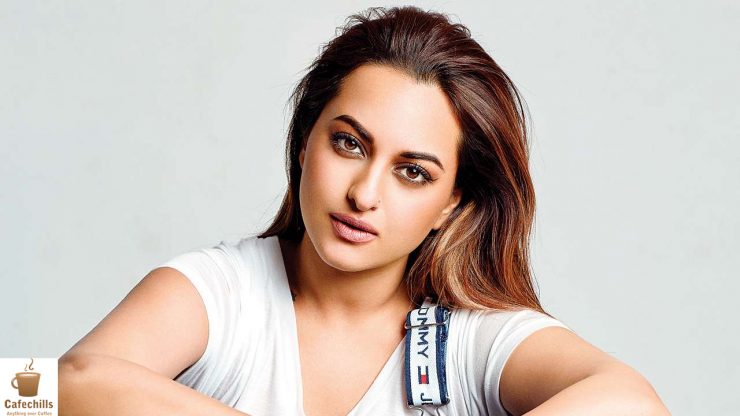 Sonakshi Sinha is recently remembered as she was brutally trolled a year ago as she failed to answer a question which was related to Ramayana on Kaun Banega Crorepati – a show hosted by none other than Amitabh Bachchan. #YoSonakshiSoDumb was one of the top trends of the day on twitter. But the ‘Dabangg girl’ later replied that she was enjoying the memes. She also gave a befitting reply to the trolls by tweeting -” Dear jaage hue trolls. I don’t even remember the Pythagoras theorem, Merchant of Venice, Periodic Table, Chronology of the Mughal Dynasty,aur kya kya yaad nahi woh bhi yaad nahi. Agar aapke pass koi kaam nahi aur Itna time hai toh please yeh sab pe bhi memes banao na. I love memes “.

Now when the epic Ramayana is being re-telecasted on Doordarshan, Sonakshi has been in the eye of controversy. The ‘Bhishma Pitamah’ of Mahabharata ( Well known actor Mukesh Khanna) had taken a dig at the ‘Dabangg girl’ stating that re-telecasting the epic show would help young people like her who lacked knowledge about the Indian history. Recently, Sonakshi participated in a session on Instagram titled “Ask me anything” – users ask a question which is related to Ramayana here. Many thought that she would ignore the trolls, but instead of ignoring, she responded to it on her story. When one of the Instagram users asked her a question similar to what she was asked on KBC, related to Ramayana, she replied on her story as “Lots of you have Ramayan related questions. Please watch it on Doordarshan, and you will get all your answers. Jai Bajrang Bali! “.

Sonakshi Sinha has evolved herself as one of the finest actresses of Bollywood with projects like Dabangg, Rowdy Rathore, Son of Sardar, and Holiday. With her work, she has gained new heights in the industry and has taken her father’s legacy forward. Now she is all set to appear in her upcoming movie- Bhuj: The Pride Of India. The movie cast includes Sonakshi, Ajay Devgn, Sanjay Dutt, Parineeti Chopra, and Rana Daggubati. The film is all set to release on 14 August 2020.

‘Crazy Hum’ is another movie in the lane for Sonakshi, which is a fun-filled comedy movie. The cast includes Sonakshi and the Punjabi Munda, Diljit Dosanjh. The film will be releasing on 3 November 2020 and is much awaited.

So, this was all about the recent controversies around the hot ‘Tevar’ girl Sonakshi Sinha and her upcoming movies.