Thai Massage Movie Review: The movie depicts the elderly living in loneliness and they also need some entertainment.

In Hindi cinema, the life of the elderly has been shown from many angles. There is a close relationship between cinema and society. Along with showing the truth of society as a reflection, some such movies sometimes force society to think on a subject. Thai Massage is a movie based on the vital needs of the elderly has been released. It talks about those suppressed desires of the elderly, which no one pays attention to. If you plan to watch this movie, then definitely read this Thai Massage Movie Review.

The story of this movie is about 70-year-old Atmaram Dubey, a retired banker living in Ujjain. Atmaram’s wife has passed away, and loneliness is cutting him completely. Atmaram’s only desire now is to sleep with someone as he feels alone. Suddenly one day, Atmaram learns he has been diagnosed with erectile dysfunction. Distressed by his illness, Atmaram decides to commit suicide, and Santhalan Kumar sees him committing suicide. Now from here comes the twist in the story.

Atmaram explains to Santulan Kumar that he has some personal problems. His attempt to talk about his darkest desires from an older man’s perspective is quite funny. He wants to sleep with someone but suffers from erectile dysfunction. Santhalran Kumar finally solves Atmaram’s problem and tells him his problem will be solved in Bangkok. Atmaram reaches Thailand to fulfil his intimate desires, as told by Santhalan Kumar. Now that Atmaram has arrived in Bangkok, you will have to watch the movie to find out what happens next.

Mangesh Hadawale directs the movie. Mangesh has undoubtedly raised a unique subject throughout the movie but has deviated from this subject a bit. Despite having an interesting subject, the movie starts getting boring at one point. The screenplay of the movie is scattered. The movie is too long in the first half itself until the interval. In the second half, some thrills arise during the Singapore scenes, but by the time the story ends, you start waiting for it to end.

A good social issue cannot be delivered accurately due to the movie’s length. It could have been made perfect by crisping the movie. Mixed reactions are being seen on social media regarding the movie. Most people are requesting to see such a subject as necessary. In contrast, some people suggest the movie’s screenplay needs to be stronger for movie to be impressive. However, some scenes of the movie shock you, and your attention goes to issues on which do not need focus.

Despite talking openly about topics like sex and erectile dysfunction, the movie does not make you feel awkward anywhere. The makers have served the line between fluffiness and sexiness in the best possible way. This dialogue in the movie exposes the truth of society and how after retirement, we consider the elderly as old furniture. Apart from this, the older man is afraid to talk about his sexual desire because people might not consider him a jerk. Thai Massage Movie Release Date is November 11, 2022.

Gajraj Rao weighted the entire movie on his shoulders, so obviously, there would be pressure on him. The loneliness of old age without a life partner, the strong desire for sex in mind, and the character of an older person who suppresses the fear of society have been played with great intensity. However, the ease with which Gajraj Rao brings his illness and some light moments to the screen is commendable.

In the role of side cast, Divyendu Sharma brings a new colour to the story. His tone seems so natural that you do not even think he is acting. Gajraj Rao is an amazing actor, and there is no doubt about it. But you cannot connect with him in emotional scenes; his crying does not make you cry. Rajpal Yadav brings a smile to your face whenever he appears on the screen. Additionally, Sunny Hinduja, Alina Jeshobina, Anurita Jha and Anil Charanjeet have performed admirably. The performances of the remaining cast members are equally remarkable.

The movie’s music is perfect, and the way it is placed between the movie blends perfectly. The viewer would not remember songs once the movie has ended. But the movie’s dialogue has become a bit strong in many places. The total Thai Massage Movie Budget is around Rs 15 Crores.

The biggest plus point of the movie has been its cinematography. The way the shots of Ujjain are shown at the beginning of the movie is commendable. Every frame of the screen completely convinces that city and situation. The movie’s screenplay is quite slow, but the cinematography is excellent. In terms of editing, the movie should have received a lot more attention. 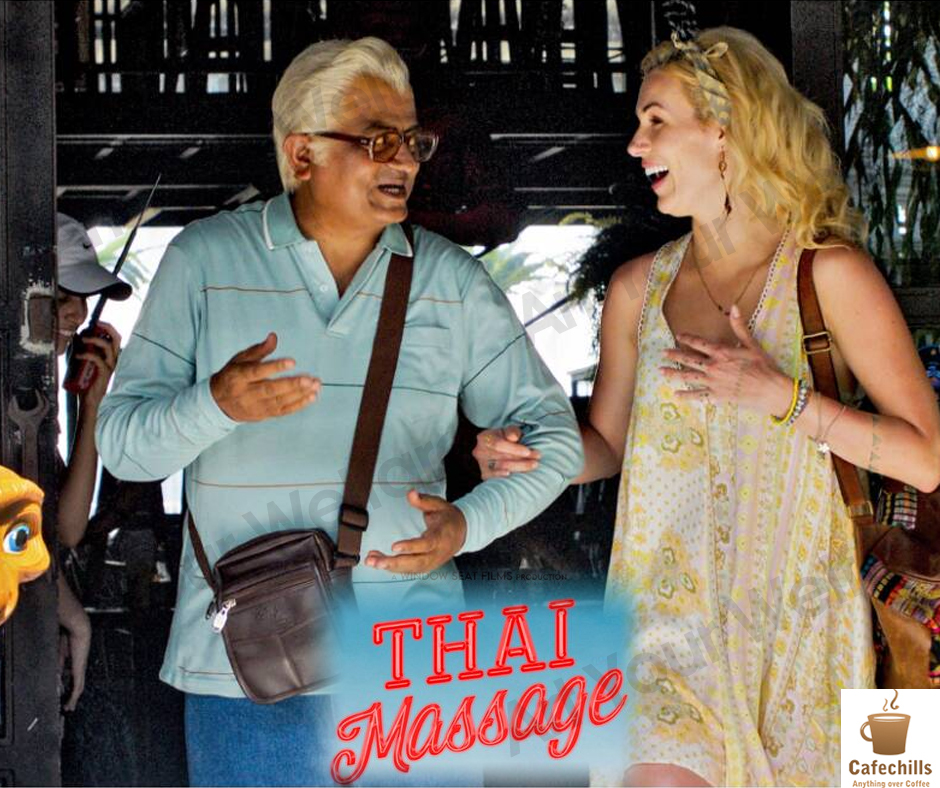 Thai Massage is a great movie. The movie depicts the elderly living in loneliness. Through the movie, an attempt is made to tell that the elderly people have some needs after reaching a certain age. They cannot even share those needs with anyone, so let the elders do whatever they want and let them live their life according to their wishes because they do not want a long life but a good one.

The theme of the movie is tremendous. The movie talks about Erectile Dysfunction, but you will not find it obscene anywhere. Overall, this movie can be seen, and you will be entertained. If you want to see this problem related to the elderly on the big screen, this movie is for you.