An Action Hero Movie Review – A story of a action hero superstar whose real life becomes a roller coaster ride.

Ayushmann Khurrana’s social comedy movie ‘An Action Hero’ has been released in theatres. It is an adventure movie based on the problems of movie celebrities. There has been a buzz about this movie for the past few days, so we have brought An Action Hero Movie Review to find out how much it meets the critics’ standards.

This story is about an action hero, Manav, who is famous all over the country for his movies. The action hero leads a double life. There is a public life that he wants to show. There is also a life that the action hero does not want to show to the people but loves to live it. Manav has reached a village in Haryana for shooting. His life is going on very simply, but the younger brother of Haryana’s political leader Bhura dies with his gun. He runs away because bhura is now coming after him.

A mafia of Haryana falls behind Manav, and then the faceoff of both starts. Due to the serious allegation of the action hero, his media trial also begins. He is running away from the mafia and the media trial. Manav, who rules the hearts of the audience with his movies, has such bad days that he has to go to London to save his life. But even here, Bhura does not give up on him and follows Manav to London to avenge his brother’s death. How the action hero of a movie screen handles trouble in his real life, this plot has been woven into the movie.

It is interesting to see the reaction of people seeing their superstars like this in real life. At the same time, the media is also engaged in capitalizing on this issue and collecting a lot of TRPs. Will Manav, trapped in charge of murder, be able to live his life with stardom again? Will Bhura be able to avenge his brother’s death? You will have to head to the theatres to watch this.

The movie highlights the side effects of celebrity culture and publicity. The story of the movie emerged from the mind of the movie’s director Anirudh Iyer. Anirudh Iyer has taken up the story and direction of An Action Hero. He has proved to be a better director than a writer. The audience appreciated the work of director Anirudh for making a watchable movie. Then Neeraj Yadav worked on its screenplay and dialogues. The total An Action Hero Movie Budget is around Rs 40 Crores.

Anirudh Iyer has made his directorial debut with this movie. As a director, he knows his job very well. He has an excellent command over the technical aspects of the movie. He has presented a challenge to the audience by choosing an experimental actor like Ayushmann Khurrana as an action hero. The dialogue in the movie will make you laugh. Whereas in the movie, fans, media, camera, action, and stardom have been shown very well. You see many kinds of ups and downs in the movie.

Ayushmann Khurrana plays the role of an action movie star in the movie. At the same time, Jaideep Ahlawat is in the character of Haryanvi Bahubali. By the way, the work of both is appreciated. Many viewers accepted that Jaideep has once again played a vital role. Despite this, there are no fewer people who praise Ayushmann’s action-hero avatar. The acting of both will not let you blink from the screen.

There was doubt whether Ayushmann Khurrana would settle in the role of an action hero, to which Ayushmann has given a positive answer. His action scenes look good and have been kept a bit dramatic. He is a good actor anyway. Bhura’s character Jaideep Ahlawat is also tremendous. His physique enhances his character. He became famous as a Haryanvi wrestler and politician.

This new experiment of Ayushmann Khurrana is enticing the fans a lot. The performance of other actors in minor roles is also good. Nora Fatehi and Malaika Arora have item songs, and Akshay Kumar has a cameo appearance. Everyone likes the actor’s work, and in terms of performance, it is also called a movie worth watching once.

An Action Hero is a feel-good movie with a great soundtrack. The background music is enthralling, and some of the songs in the movie take the story forward. On the other hand, An Action Hero Movie Songs are just average. The blockbuster song ‘Aap Jaisa Koi’ (Qurbani) has been remixed and added. The other good aspects of the movie are Neeraj Yadav’s dialogue. 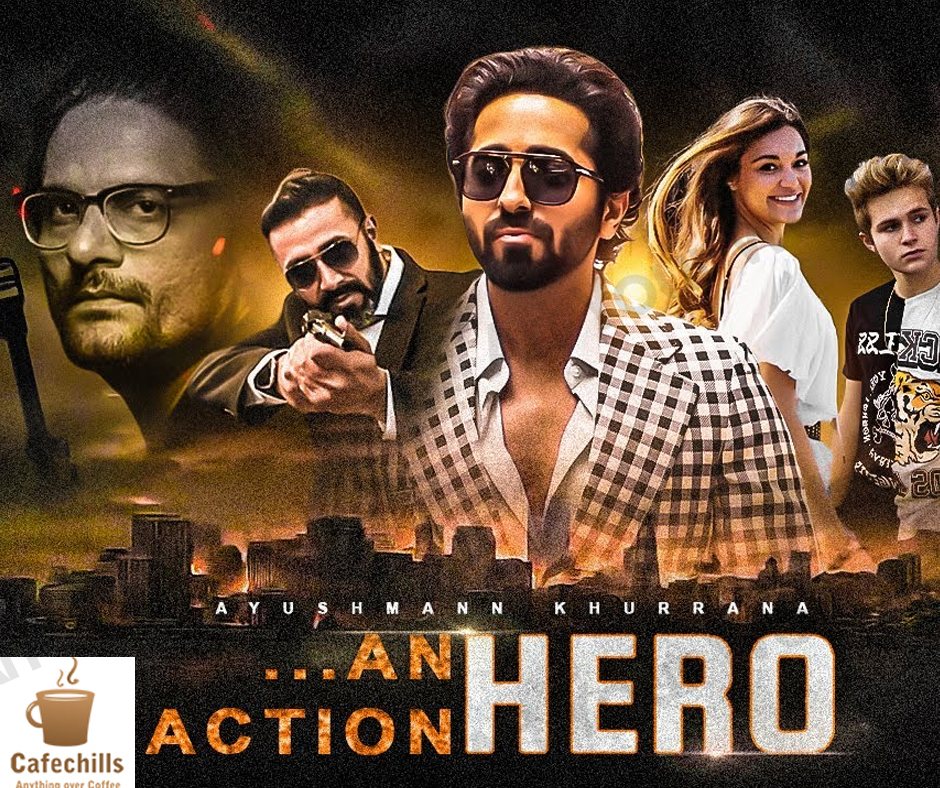 An Action Hero is a great movie. The movie depicts the life of a famous action hero. Throughout the movie, an attempt is made to tell that balancing private life and public life for a celebrity is not an easy task. Ayushmann Khurrana weighted the entire movie on his shoulders. The actor Jaideep Ahlawat also played his character with great intensity. Even though the movie has nothing to do with words like sense and logic, the moviemakers seem aware of that.

The final verdict of An Action Hero movie review is that it is a great movie for everyone, including kids and families. The acting is excellent, the story is interesting, and the shots are well done. It has a lot of action and humor, and the acting is superb. But still, the movie could be better. An Action Hero is purely an entertaining movie full of comedy and jokes. However, some scenes in the movie may be too intense for younger children. Overall, this is a great movie for families to enjoy together.