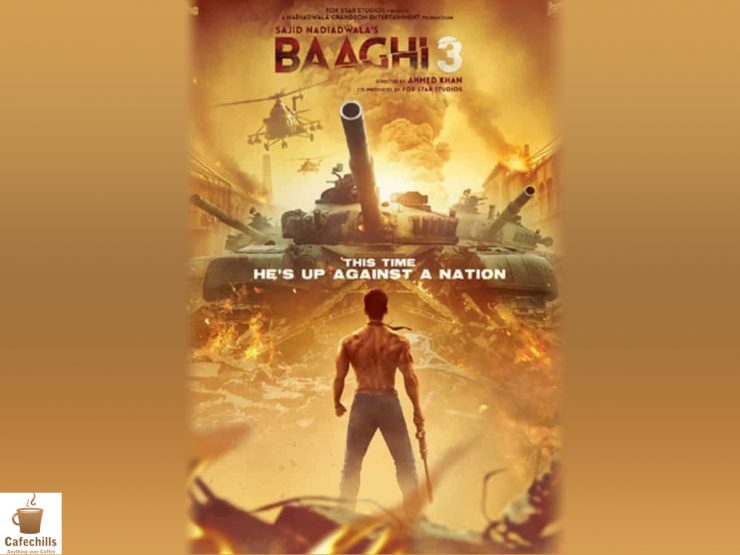 Tiger Shroff is back with the third installment of his hit Baaghi series – Baaghi 3 which is inspired from a Tamil movie ‘Vettai’.

Ritesh Deshmukh is in the role of a police officer whose name is Vikram. Ronnie (Tiger Shroff) is Vikram’s younger brother. Ronnie is a muscular man with ripping muscles and six-pack abs who is fiercely protective of his elder brother. Ronnie appears from anywhere whenever Vikram is in trouble. The story keeps going and suddenly Vikram is kidnapped by a terrorist group called ‘Jaish-e-lashkar’. When Ronnie came to know about this, he sets off on a rescue mission to Syria after the terrorist group to save his brother. The movie is all about Will Ronnie be able to rescue his brother, if yes, how?

Tiger Shroff is an equivalent word to action. He has done phenomenal work in the movie. The way he appears in the scene is magical.  Shraddha Kapoor is upto the mark and has produced good comic relief though she has a very small role.  Ritiesh Deshmukh has performed well throughout the story. He has carried out his responsibility perfectly.

Disha has done a great job in the song in ‘do you love me’.

The estimated budget of this movie is INR 550,000,000. It is expected to make around 20 crore at the box office though Corona Virus scare may hamper the box office collections.

No doubt Baaghi 3 is an action-packed movie which slightly lacks in the storyline. Not exhausting yet storyline ought to be improved. Overall a decent movie and a one time watch. Tiger Shroff’s fan will love the movie.