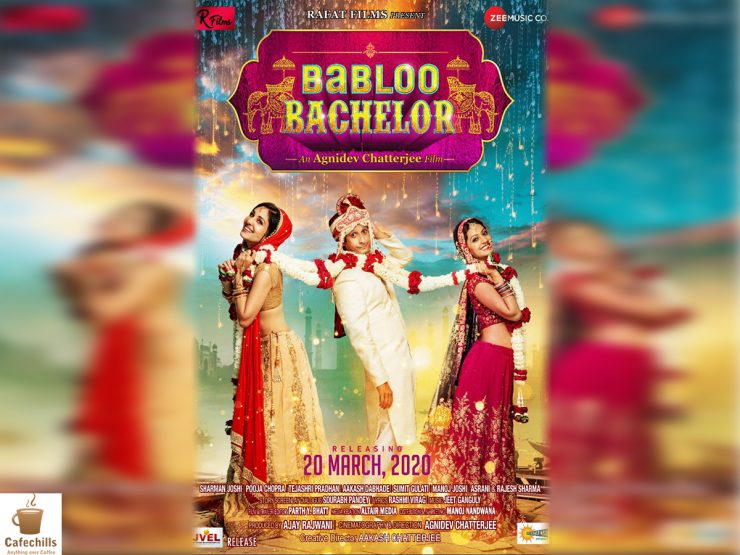 Babloo Bachelor is a recently released bollywood comedy film starring, Tejashree Pradhan and Pooja Chopra in the lead role. The movie is directed by Agnidev Chatterjee and produced by Rafat Films. Jeet Gannguli, who has worked as music composer in ‘AASHIQUI 2’, ‘HAMARI ADHURI KAHANI’ and ‘CITYLIGHTS’ is back again with a spark. Music is heartwarming with fervent lyrics.

The story revolves around Babloo (played by Sharman Joshi) who is looking for a perfect soulmate for himself. Babloo belongs to a farming family and he has high expectations from his life partner. All family members are very enthusiastic and eager for his wedding. Babloo meets a number of girls but doesn’t find anyone appealing. Then he meets Pooja Chopra whom he finds interesting but she is already in a relationship. He rejects her because she is not a virgin. After sometime he meets Tejashree and falls in love with her. But she flees to Mumbai on the wedding day and tells Babloo that she always wanted to be an actor and now she would be playing a lead character in a reality show. Babloo goes after her and there he comes across Pooja, who is already working in the same channel. Pooja helped Babloo and when finally, Tejashree comes back, he has fallen in love with Pooja. The movie revolves around the same. Just go and find out with whom Babloo will marry now?

This is a content orientated movie. One would definitely love the humour. Take your family along this weekend and have fun!