Befikre is a movie written and directed by Aditya Chopra after he directed Rab Ne Bana Di Jodi (2008). It follows the league of Neal n Nikki though the lead pair is exciting and talented. This movie is shot in Paris where about 30 couples are lip-locked.

The film opens with a crash. A TV set lands on the footpath and upstairs there is an angry break-up between Shyra (Vaani Kapoor) and Dharam (Ranveer Singh). Dharam even lands up calling Shyra a slut which follows with all flashback events.

In a party, Dharam meets Shyra and after a few casual encounters they decide to go in for a live in relationship. They vow not to say “I love you” to each other ever. The relationship starts as ” I dare you” but after a year this relationship just becomes an emotional baggage. Both of them decide to part ways and try to be friends.

Shyra is a tourist guide who is bought up in France so she can speak French and guide the tourists well. She also works at her dad’s restaurant on Sundays. Dhram, a guy from Delhi’s Karol Bagh, lands up in Paris as his friend wants to attract all Indians in his bar.

As they celebrate 1 year of their break-up, they meet an investment banker Anay. Anay falls in love with Shyra and proposes her. Confused Shyra asks Dharam for advice and Dharam tells her that he is the right guy for her. However, Dharam does not like Anay’s closeness with Shyra and gets involved with a French girl Christine and proposes her which shocks Shyra. Shyra tells Dharam not to marry her as he should choose someone who can tolerate his craziness. Anay comes to know about Dharam and Christine and he announces both the weddings on the same date.

What happens next forms the climax of the movie. Do Shyra and Dharam break the rule of the 3 magic words? Do they move on with their respective marriages? Who does Shyra choose ultimately – Dharam or Anay??

The music goes very well with the theme of the movie. Best soundtracks are “Nashe Si” and “Ude Dil Befikre”.

Overall, a fun-filled movie which will be loved by college youths but may not be liked by the older generation. 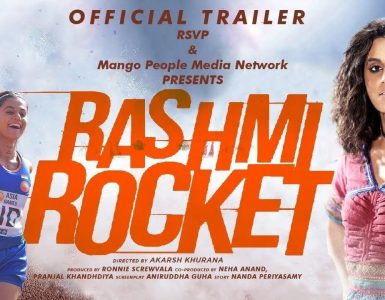 Actress Taapsee Pannu’s most awaited movie Rashmi Rocket has been released on OTT (over-the-top) platform Zee5 on the occasion of this Dussehra i.e., 15th October. Directed by Akarsh Khurana, Taapsee manages to... 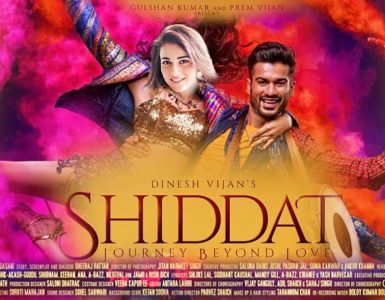 Cast: Radhika Madan, Mohit Raina, Daina Penty and Sunny Kaushal Director: Kunal Deshmukh There was a time when the audience enjoyed the cute moment between the hero-heroine and the makers who earned an extensive...

Thalaivii – Watch it for the outstanding performance of Kangana Ranaut