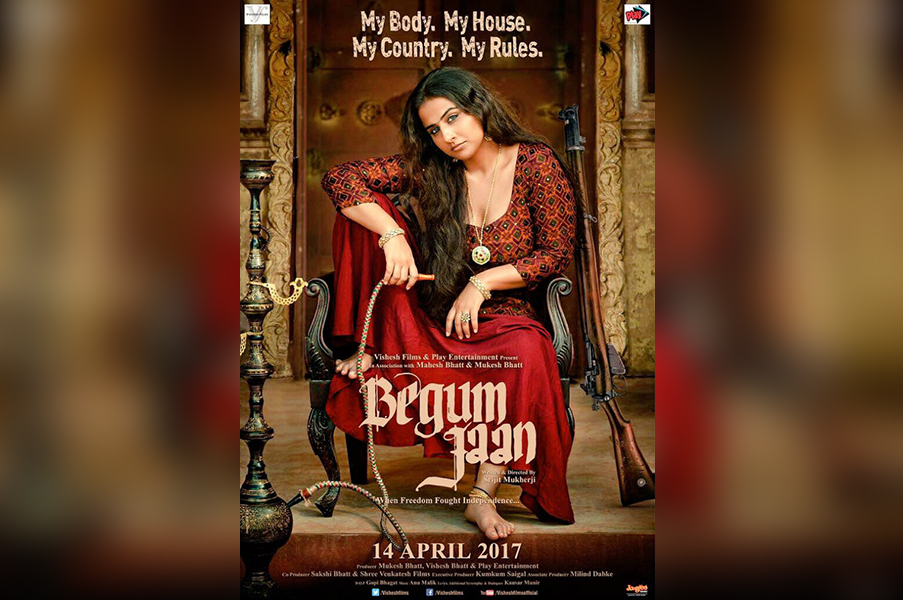 Sir Cyril Radcliffe wanted to divide India and Pakistan but what he and his administration didn’t notice is Begum Jaan’s (Vidya Balan) brothel situated on the border – one half of it in India and other half in Pakistan.

Begum Jaan owns the brothel and looks after it with the help of a King (Naseerudin Shah) who in return sleeps with every girl in the brothel. Amma (Ila Arun), Gulabo (Pallavi Sharda), Rubina (Gauhar Khan) and Shabnam (Mishti Chakravarthy) live with Begum Jaan in her so called Kingdom. All is well before Independence but as soon as India gets independence their lives change forever.

Will Begum Jaan vacate the house? Will she fight for her rights? Will Kabir be successful in his mission? This forms the climax of the movie.

The music of the movie is okay but misplaced most of the time. The Holi number is peppy with striking visuals.

Vidya Balan has a powerful performance. She tries hard to save the movie but does a great job. The supporting cast Gauhar Khan, Pitobash, Pallavi Sharda and Vivek Mushrah do make an impact. Naseerudin Shah just has a cameo role which is average. Chunky Pandey’s performance is brilliant as the villain. Ashish Vidyarthi and Rajat Kapoor have never failed their characters and they have done their best to save the movie.

Overall, Begum Jaan is watchable for the performances but it does not make an impact with its story.