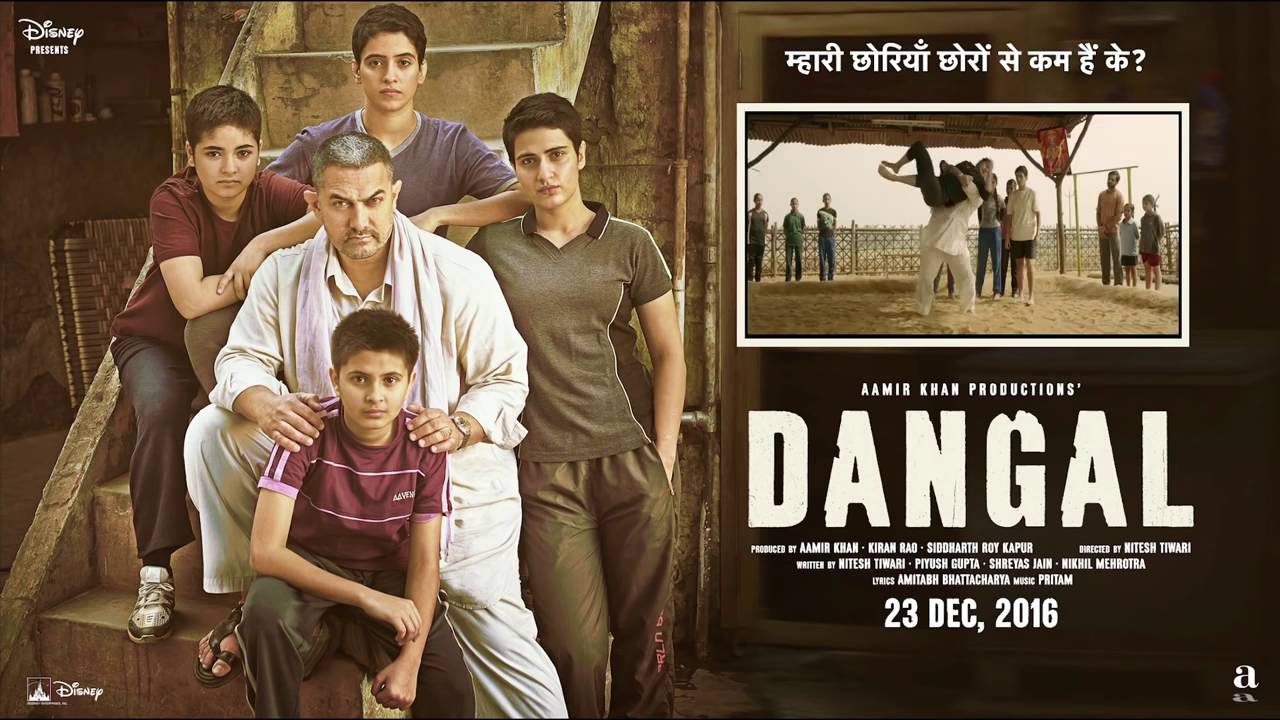 Dangal is the story of a Wrestler, Mahavir Singh Phogat (Aamir Khan) who comes from Balali in Haryana. He was forced to give up wrestling due to financial problems and was unable to win a Gold Medal for India. He then vows that his son will fulfill his dream.

He is disappointed when his wife (Sakshi Tanwar) gives birth to four daughters. He was just about to give up on his dream and he realizes something. His elder daughters Geeta (Zaira Wasim) and Babita (Suhani Bhatnagar) come home after beating up two boys badly. He then says Gold is gold, whether a son brings it or a daughter brings it.

He now starts training his daughters for wrestling. His daughters refuse initially but slowly realise that their father doesn’t want them to stay and work at home unlike other girls. He has very strict discipline like getting up early and running.

Later on, Mahavir sends Geeta to an institute where she forgets her discipline and her coach is also relaxed and has different techniques unlike her father. When she comes home, her father tells her to follow his rules which leads to an argument between the two and they fight. Mahavir loses the battle due to his age.

Geeta tells her father that this is not the way wrestling should be learnt. She goes back and loses every battle. Does Mahavir’s dream get fulfilled? Will Geeta win the Gold Medal or will Babita step in her shoes form the crux of the movie.

The song track Gilheriyaan and the title track stand out as they are a part of the story.

Aamir’s performance is better than Lagaan in this movie. The two year wait is totally worth it. Drop every task and go watch Dangal now!!