Double XL Movie – The movie shows that society has filled the insecurities and feelings of inferiority in women’s minds due to obesity.

Actress Sonakshi Sinha and Huma Qureshi have been victims of body shaming in their careers. They were bearing the taunts of people regarding their weight and obesity. This was why Huma decided to make a movie on this subject. Double XL is Huma’s first movie as a producer.

The movie’s story begins with the scene when Rajshri Trivedi is in a deep sleep having a sweet dream of dancing with the cricketer Shikhar Dhawan. At the same time, the mother who breaks the dream in the middle has the problem that her daughter is 30 years old. The daughter has crossed 30, but she is not getting married, and the mother considers the reason that her daughter is fat. A boy also rejects her for marriage, the reason being her obesity.

On the other hand, Saira Khanna, who belongs to a wealthy family, dreams of becoming a fashion designer. However, due to her weight, she has also heard many taunts. Both are considered by society to be misfits for their profession. After facing all kinds of rejections and insults, they meet by chance, and from there, the story takes a new turn in how Rajshri and Saira support each other to fulfil their dreams.

Writer Mudassar Aziz and director Satram Ramani have raised a sensitive and relevant issue. Due to obesity, people often have to become the object of laughter. There was a time in the cinema when fat people were taken only for comedy. It takes courage to make these kinds of movies because to play these characters; the heroines have to put on weight apart from their slim and trim physiques. So the intention behind making this movie is also good.

However, the writer and director could have discussed the subject better. Writers need to put in extra effort to understand the characters of small towns. Rajshri and Saira only communicate the problems of obesity; its effects on their lives are not very visible on screen. Even this movie does not discuss the issues of people suffering from obesity. Apart from that, everything goes very smoothly in London for both the struggling main characters. This seems a bit strange.

The spirit of entertainment on a sensitive subject is the strong side of the movie. However, sometimes due to the overdoing of scenes, the seriousness of the message starts getting affected. There is no emotional moment in the movie that will leave you stunned. The characters need to be crafted appropriately. It could have been a better movie if the filmmakers had worked hard on the writing level. Unfortunately, the movie’s director got a little carried away in making the movie mass-appealing.

Huma Qureshi has honestly tried to imbibe the struggle and innocence of her character. At the same time, Sonakshi Sinha’s character may be suffering from the pain of obesity. However, seeing her styling and living style, she lacks sympathy. Zaheer Iqbal has some comic scenes on his part, but he could have been more effective. On the other hand, debutant actor Mahat Raghavendra impresses in the character of Shrikant.

At the same time, Shobha Khote suits the short role of Dadi. Kanwaljeet’s character is seen busy only reading newspapers. In the role of Rajshri’s mother, Alka Kaushal beautifully conveys the feelings of anxiety and insecurities about her daughter’s marriage as a middle-class mother. Cricketer Shikhar Dhawan and former captain of the Indian cricket team Kapil Dev have cameos in the movie.

Milind Jog’s work as a cinematographer is excellent in the movie. The representation of London gives a fresh feeling. The movie looks beautiful on the big screen. In terms of editing, much work should be done on the movie. Editor Abhishek Anand could have made it crisp by working on some unwanted and dragged movie scenes.

The song ‘Tumse Mila Doon’ is very well composed and presented. Many more Double XL Movie Songs are melodious. Especially in the last scene, the song ‘Ki Jaana’ by Kavita Seth gives a pleasant feeling to the ears. Apart from this, many cheeky dialogues make you laugh after hearing them. The background music of the movie is also elementary. Overall, the music part has been good. 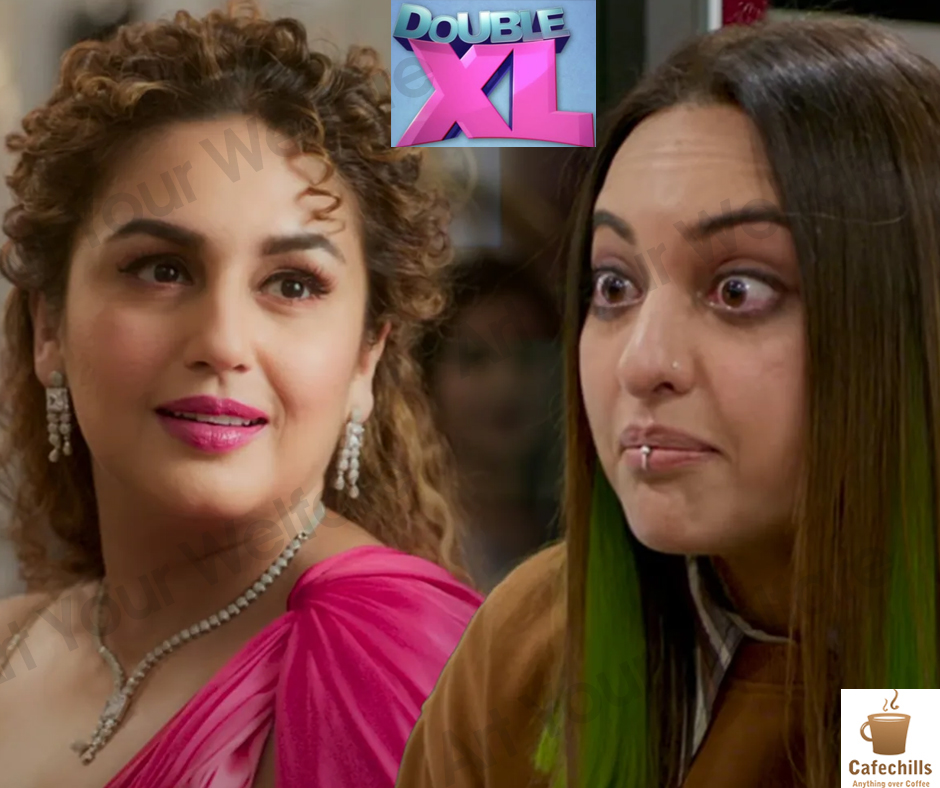 Body shaming is a big problem in the younger generation. On this issue, the director Satram Ramani has brought the movie ‘Double XL.’ The filmmakers want to tell the audience through this movie that the size of the body does not matter in fulfilling dreams. The movie’s cast has done a great job portraying their characters. The movie’s music is soulful and will stay with you long after the credits roll. This movie’s last part also teaches a lesson to be optimistic about life.

The movie shows that society has filled the insecurities and feelings of inferiority in women’s minds due to being a double XL. The movie addresses these issues. It is a bit slow, but till the end, it manages to deliver its message. This movie, made on a sensitive topic with good intentions, can be given a chance. You will not find anything to bore you in this movie. You will be entertained, and the movie will give you a meaningful message. In general, the movie seems to be average.