Drishyam 2 Movie Review – A thriller in which the cast performance is excellent and it keeps the audience glued till the very end.

Ajay Devgn’s thriller-suspense movie Drishyam 2 has been released in theatres. There is a rush to book tickets to watch this movie. It is possible that after going to the ticket window, you will find out that the show is full. If you are planning to watch this movie, then definitely read this Drishyam 2 Movie Review.

In Drishyam, the audience sees that Vijay manages to hide a murder committed by his family from the police. This murder was done in defence and happened to a criminal person, so the audience sympathizes with Vijay and his family. Vijay hides the dead body in such a place that the police do not touch it, and in the absence of evidence, he saves his family.

There has been a jump of 7 years in the story. Our very special common man Vijay Salgaonkar has now become the owner of a multiplex theatre. This family seems financially strong, but everyone is still mentally weak. Vijay’s family is not completely free from fear. His daughters have grown up. They feel that the police will catch them at any moment.

Bad memories still haunt them, and they tremble when they see the police. His wife often mentions this fear to Vijay, but he makes fun of it. Vijay is also a little scared but does not express it. He has also made strong arrangements to defend himself if the police reached him. Meanwhile, Vijay’s elder daughter Anju suffers an anxiety attack, and amid all this comes the entry of the new IG Tarun Ahlawat in Goa.

Abhishek Pathak, the director of Drishyam 2, has done an amazing job. The climax of the movie will win your heart. A time will come when you will start chewing your nails while sitting on your seat to know the story ahead. When the movie catches pace, it will force you to hold your seat till the end. Director Abhishek Pathak and writer Jeetu Joseph have added some new aspects to the story. However, they only affect the story a little, which is also good.

The story is the same as the movie is a remake of the Malayalam movie. Director Abhishek Pathak’s job was easy. They got a story and characters that the audience is familiar with. There was a ready-made movie in front of him that he had to make in Hindi. In the original Malayalam movie, director Abhishek Pathak could not portray the fear of Vijay’s family well. The audience in this Hindi remake properly feels the fear of Vijay’s family.

Ajay Devgn has breathed life into the character of Vijay this time too. Ajay Devgn has probably increased his weight for this role, so the difference of 7 years is visible. He played the role of a man who goes to any extent for his family. Without saying much, he conveys every aspect of his character with his eyes. He also played the character of Vijay earlier, so it was easy for him to play it for the second time. The total Drishyam 2 Movie Budget is around Rs 50 Crores.

Akshaye Khanna’s entry in the movie is new, but he has made the movie more engaging with his presence. When Ajay and Akshaye appear on screen together, it is a different thrill. Shriya Saran, Ishita Dutta, and Mrinal Jadhav’s work is average. Seeing the acting of Shriya Saran and Ishita Dutt, it is felt that they are acting. Tabu and Rajat Kapoor’s acting is good. Saurabh Shukla, Neha Joshi, Kamlesh Sawant, and Yogesh Soman have also given tremendous performances.

The movie’s music and background score is composed by Devi Prasad, and the song’s lyrics are by Amit Bhattacharya. The rap song in the movie, Sahi Galat, has become the most amazing one, but it appears in the movie’s end credits. There are two more songs in the movie, which are average. 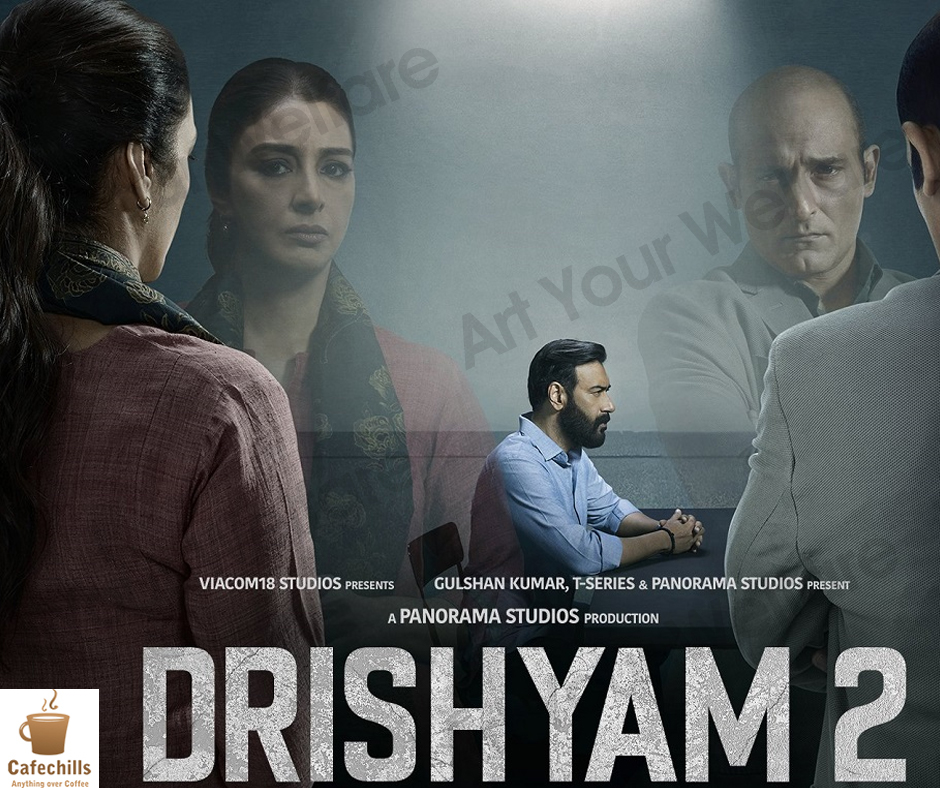 You must have seen the first part of this movie, and then you must be watching the movie Drishyam 2. If you enjoyed watching Drishyam, then you will enjoy its sequel greatly. There are only some parts in the movie that will make you bored; the rest of the movie will not let you get up from your seat. The climax of the movie is one of the best parts of the movie.

Drishyam 2 has a sarcastic dialogue that makes you laugh and think. The same innocence is seen in Vijay as if he has not done anything. Excellent story and screenplay, as well as an excellent performance by the cast. There is as much thrill as there should be in the movie.

This movie is full of mystery and adventure that can be watched with the whole family. This complete entertainment package is worth every penny of your ticket. The story, scenes, and screenplay of Drishyam 2 are top-notch. If you have not seen the original, this movie will be a memorable experience.