Govinda Naam Mera Movie – Is a comedy, thriller or a romantic drama? Watch this crazy movie with lots of twists and turns.

‘Govinda Naam Mera’ has been released on Disney Plus Hotstar. Actors like Vicky Kaushal, Bhumi Pednekar and Kiara Advani are part of the movie. ‘Govinda Naam Mera’ is described as a comedy thriller movie. This movie pays tribute to the Hindi film industry that settled in Mumbai and the people who brought their dreams there.

Govinda Naam Mera Movie Release Dateis 16 December 2022. It is a feel-good movie that is perfect for the OTT platform. There has been a buzz about this movie for the past few days, so we have brought the Govinda Naam Mera movie review to find out how much it meets the critics’ standards.

Govinda Naam Mera is the story of Govinda Waghmare, a dancer in the Hindi film industry who dances in the back row of the hero. However, when he meets someone, he introduces himself as a choreographer. He is having an affair with fellow dancer Suku, with whom he dreams of marrying and making it memorable. At home, Govinda is troubled by the atrocities of his wife, Gauri Waghmare (Bhumi Pednekar), who leaves no opportunity to humiliate him.

Gauri knows about Govinda’s love affair and is ready to divorce him but demands Rs 2 crore. But the story’s main plot is not the weeping of the husband or wife but a dispute over the property of 150 crores. The old bungalow where Govinda lives with his paralyzed mother, Asha Waghmare, has been sued by her step-brother and step-mother. Govinda tries to prove himself as the rightful heir with the help of his lawyer friend Kaustubh Godbole.

Govinda is also struggling with the lack of money. His friend offers to direct and choreograph a video song for the drug-addicted rapper, the son of wealthy leader Ajit Dharkar. They made videos, but Ajit Dharkar doesn’t like them. On the contrary, he asks them to return about 30 lakh rupees spent on the production. Surrounded from all sides, Govinda is now ready to compromise with his step-brother so that he can start a new life with a few crores. But then comes a big twist and the movie picks up speed.

Shashank Khaitan, who has directed Humpty Sharma Ki Dulhania, Badrinath Ki Dulhania and Dhadak for Karan Johar’s Dharma Productions, has tried his hand at a comedy thriller for the first time. He has also appeared in a small role of a builder in the movie. Along with directing Govinda Naam Mera, Shashank has also written it. Vital work should have been done at the writing level. Shashank should have put more mind into writing the story of Govinda Naam Mera.

The characters have been taken from the film industry. If you are a fan of Hindi movies, hearing the story of Govinda Waghmare’s father will bring back memories of the most popular stuntman and fight master of the 1970s. Govinda’s late father is shown to be a struggling director from the south who comes to work on Bollywood movies. Here he falls in love with the junior dancer and artist Asha. The two start living together, and Govinda is born.

The movie’s screenplay is average, but the way the events are woven in the second half creates suspense and thrill. An attempt has been made to create humour through situations, but those scenes don’t make you laugh. In short, the movie fails to impress the audience due to a weak script and bad dialogue. However, an attempt has been made to master the movie through directing and acting.

As far as acting is concerned, the movie does not give a chance to complain here. It was fun to watch Govinda as Vicky. Vicky Kaushal’s acting is tremendous. He has captured the body language of the character very well. Whether he is sad or having fun, he stays in his character. Kiara Advani looks very beautiful in the movie.

The music of the movie is mediocre. However, the songs in the movie are excellent and naughty too. The rap-style song Pappi Jhappi sounds fine. The good thing is that the pieces of the movie are situational, which does not hamper the movie. The songs between the movie’s stories do not make them memorable. The total Govinda Naam Mera Movie Budget is around Rs 60 Crores. 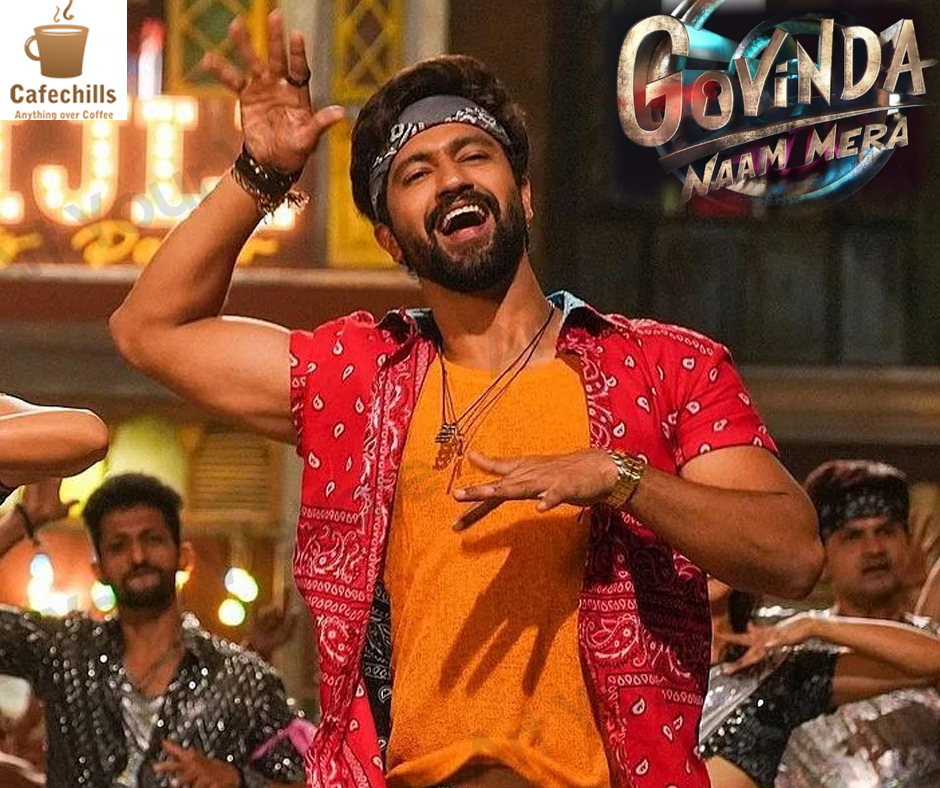 Govinda Naam Mera is an entertaining and well-made movie that offers a captivating thrill on screen. Vicky Kaushal gives a strong performance in the lead role, and the supporting cast is also excellent. The movie is also worth watching for Kiara Advani fans. The acting is superb, the direction is engaging, and the shots are well done. The movie will keep you engaged until the end and leave you with a sense of satisfaction.

The final verdict of Govinda Naam Mera movie is that it is a must-watch for all comedy and thriller lovers. The movie gives a sense of comedy for some initial period, but after a point, it turns into a thriller. However, some scenes in the movie might need to be more vital for a good thriller. Overall, ‘Govinda Naam Mera’ is not such a movie that you will miss something big if you are remembered. This is an average movie made for a casual time pass on the OTT platform.

The Parle Filmfare Awards South is an annual award ceremony to honor the best of the South Indian film industry. The awards are a recognition of excellence in cinema and a celebration of the best films from South India...

Chup: Revenge of the Artist Movie Review (2022) | Cast and Story

After a long time, Bollywood will once again be green. With this dramatic crime thriller, Chup: Revenge of the Artist, Sunny Deol makes his long-awaited return to the silver screen. It appears that Sunny Deol’s...