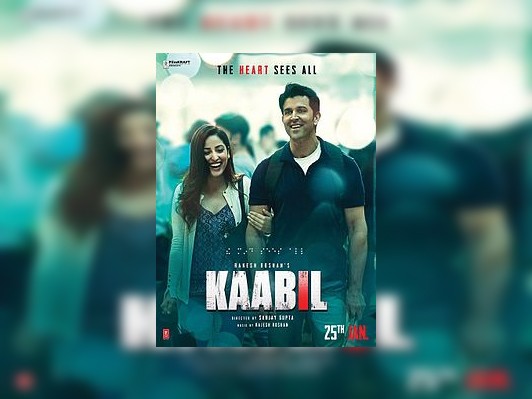 Rakesh Roshan’s this movie will touch your heart, based on specially-abled people who struggle with the system. Only few dare to confront their antagonists.

Rohan Bhatnagar (Hrithik Roshan) is one such person. He is blind and has evolved the sense of smell and directions. He is a dubbing artist by profession.

He meets Supriya (Yami Gautam) for an arranged marriage proposal. She is too blind and pianist by profession. The two click – fall in love and get married thereafter.

But their lives aren’t happy as the local corporator Amit Shelar (Rohit Roy) rapes Supriya along with his friend. The situation becomes even worse when Supriya commits suicide leaving Rohan helpless. Rohan seeks help of cop Chaube (Narendra Jha) to get justice.

Though the movie is predictable but really thrilling to watch. A movie which is high on emotions. Music of the movie is really melodious and the songs don’t interrupt the flow of the story.

Yami Gautam is a show stealer with her impressive acting skills. Not even one minute of the movie is boring. A magical and feel good movie – worth a watch!