Kaamyaab Movie Cast, Trailer and Review | Side Actors of Bollywood 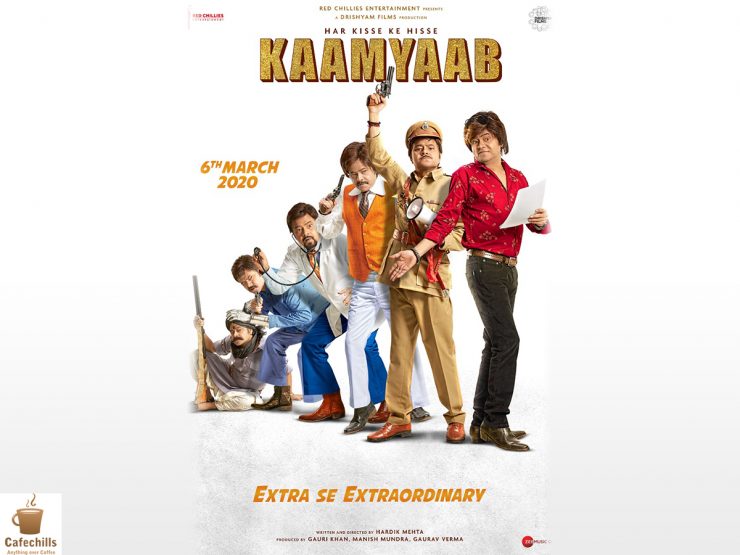 Kaamyaab is a movie for all of us but it is surely a masterpiece for all side actors who have worked in the industry. The movie is paying tribute to all those actors for being part of the industry from ages. It is something much more than a movie, it has feelings that are worth watching. This is a type of movie whose performance at the box office doesn’t matter too much.

Shahrukh Khan’s Red Chillies Entertainment and Drishyam Films are the producers of this movie and the direction as well as the script writing is dont by the National Award Winner Hardik Mehta.

Kaamyaab is a 2020 Indian Hindi-language drama film whose story is about a side actor Sudheer who used to play small roles in movies. He is doing this just because acting is his passion and not because of money. He is fully enjoying his work and then after his retirement, he went for an interview where he came to know that he has worked in 499 movies and this surprises him. He decides to come out of his retirement to complete the round figure of 500. He has a desire that his 500th movie should be different from his usual movies that would be remembered for a long time. He struggles to find an extraordinary story for his 500th movie and the story moves on.

Sanjay Mishra is one of the most underrated gems of indian cinema. He has done phenomenal work in the movie to present such a beautiful story.

Kaamyaab is a very inspiring and thought provoking movie with a perfect extended cameo of another gem of the cinema, Deepak Dobriyal. It is a great movie with a great message. Don’t miss this!