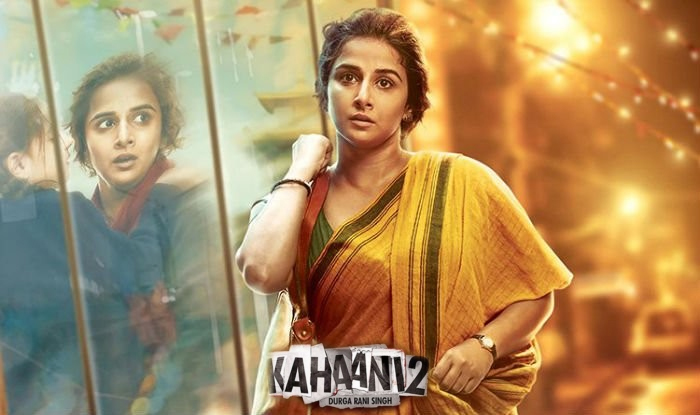 The most awaited movie of the year has now released. Kahaani 2 which is a sequel of Kahaani released in 2012 still proves to be better thrilling mystery.

Vidya Sinha (Vidya Balan) and her daughter Minnie (Naisha Khanna) live a happy life in the town of Chandan Nagore. Vidya has a good job and she takes care of her daughter as her daughter is paralyzed. Both daughter and mother have a good time playing games, going for walks, cleaning the house together etc. Vidya wants to take her daughter to US for treatment and she applies for visa for the same.

Everything was sailing smoothly until one day her doctor informs her that her visa has been approved. She goes happily home to inform Minnie and she realizes that her daughter has been kidnapped. Vidya runs heading to search her daughter and meets with an accident which lands her into coma.

Inspector Inderjeet Singh (Arjun Rampal) is the case incharge, he arrives at the hospital to see Vidya but doesn’t get any response. Slowly he realizes that Vidya is not what she appears – she has a dark past.

Durga Rani Singh – a look alike of Vidya Sinha is a wanted criminal in West Bengal for the charges of kidnapping and murder. Is Minnie Vidya’s daughter? Will Vidya get out of coma and save her daughter? How will Inderjeet solve Vidya’s mysterious past?

Jugal Hansraj is in a cameo role and plays the role of Minnie’s Uncle.

Most of the scenes in the movie at shot at night to increase the suspense of the movie. It is almost like a horror flick where scary faces pop up suddenly and there is perfect background music to suit this theme as well

“Mehram” is a good song although it doesn’t suit the theme of the movie. “Aur Main Khush Hoon” is a happy song and is played at the end of the movie justifying the triumph of the protagonist.

Overall, the first sequel was much better though this one is not that disappointing but worth a watch!