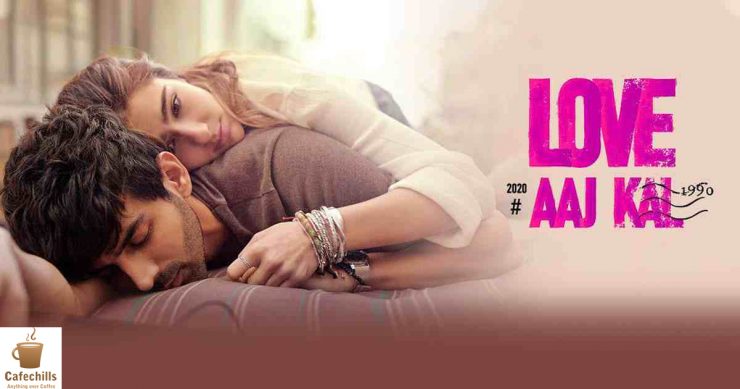 Sara Ali Khan and Kartik Aryan are playing the lead role in the movie. Their chemistry is really amazing in the movie.

Love Aaj Kal is a typical Imtiaz Ali’s movie. The movie is one which belongs to the new generation. It portrays romance in two different time frames. It highlights that love still matters in the world of career conscious people and love always reincarnates itself.

It is a parallel love story of old and current time as we have already seen in Love aaj kal. The movie has Raghu, Zoe, Veer and Leena as lead characters. The opening of the story will take you away from present days to the good old school days. One story is of Raghu (Randeep Hooda) and Leena (Arushi Sharma) set in the 90s which is full of romance runs parallel with the story of Veer (Kartik) and Zoe (Sara Ali Khan) . Zoe is influenced by Raghu’s story and starts making decisions accordingly. As the story unfolds, there are many ups and downs in both the relationships and one finds himself connected to the storyline.

Kartik looks like a mentally retarded person at times but still he is fair. Though it would have brought a spark in the story if he had been fully into his character.

Sara Ali Khan’s performance as Zoe is magical. She rightfully portrays the role of a career conscious teenager. Her acting and expressions are captivating and outstanding. The way she defends unleashing her top button while going for interview is wise and brainy.

Randeep was very calm and composed as required by the story. One would love to see him narrating the story.

Though Arushi Sharma didn’t get the limelight still she was up to the mark.

Imtiaz Ali’s vision might be tough for few to understand and understandably they won’t like or get it. Either you would love it or you don’t like it at all. One will definitely return happily if he gets the depth of each sequence what Imtiaz is trying to portray on screen. A must watch for Romance-Drama genre lovers.