Phone Bhoot Movie Review – A movie where the youth has a galore of fun, comedy and horror in balance to make the movie a total entertainer.

The combination of horror and comedy has been successful in Bollywood for the last few years. Horror comedies have been made for a long time, but Bollywood directors have only recently started in this genre. One of the most awaited movies of Bollywood, ‘Phone Bhoot,’ has been released in theatres. There is a large audience watching horror comedies in the South, but the audience of this genre is being prepared in Bollywood right now. Read this Phone Bhoot Movie Review to know more.

Phone Bhoot is the story of two best friends, Major and Gullu. They have had a keen interest in ghosts and spirits since childhood. They want to make money from their love for ghosts. Sadly, all their business ideas failed, but they kept trying. One day they both organize a ghost-themed party. They named it the ‘Moksha Party,’ and it emerged as a success.

Major and Guru are unaware that there is a real ghost at this party; Ragini. She tells them that she has been gifted with the ability to see dead people. So, she gives them a business idea to start a phone line for people who want to get rid of ghosts. Major and Guru refused at first, but their father asked them for five crore rupees which they spent on failed businesses. They have been given three months for this. With no other option, Major and Guru agree to her idea.

At first, her idea seems hollow, but once they start solving cases, this business idea becomes successful. But someone is affected by this business idea. After this, the mini ghostly war begins which forms the story of this movie. It has all elements which include fun, horror and comedy meant for youth. There are other elements as well. You need to watch the movie to know more.

When a story is made by mixing two genres, there must be a balance between the two genres. As a director, Gurmeet Singh handles certain scenes very well. But still, the horror is missing, and the terrifying laugh moments rarely happen. However, many new things have been added from the perspective of the ghosts. The movie’s climax is the same as old Hindi horror movies. This horror comedy, Phone Bhoot Movie Release Date was 4th November 2022.

The aim of director Gurmeet Singh and the writers of Phone Bhoot is clear; they have to make a movie for young people, and keeping that in mind, they have created this movie. The dialogues and scenes of the movie are also written in the same way, which will be liked by the youth. Certainly, many scenes are loud, and there are many funny scenes, but the same cannot be said about the entire movie.

The weakness of the Phone Bhoot Movie is its story. Director Gurmeet Singh has a grip on the pulse of youngsters. He has presented the story similarly, but sometimes the script is omitted at certain places. The focus is so much on the fun that the story gets lost somewhere in between. Many questions get buried under the guise of fun. This concoction could have been made more correctly. The punch lines and dialogues were strong in the movie.

Talking about the performance, Katrina Kaif is in excellent form and manages to deliver an entertaining performance. She has done her job well. Siddhant Chaturvedi acts confidently. Ishaan has also given a good performance. Every time the pair of Ishaan and Siddhant comes on screen, the audience laughs. Sheeba Chaddha is also quite a funny character. Jackie Shroff is fine as the caricature villain. Nidhi Bisht is also fine in her character.

Katrina Kaif is glamorous but does not manage to laugh alone. The Hindi spoken in her English style makes her role more vulnerable. In the role of Aatmaram, Jackie Shroff sometimes laughs and sometimes scares. It’s fun to see him speak in a loud language. Siddhant Chaturvedi has done just what the movie wanted, neither less nor more. It is a pleasure to see the expressions of all the other supporting actors who worked in this movie.

The background music of the movie is in line with the theme. In many places in the background, instead of Hindi movie songs, the need for strong horror music is felt. Gurmeet Singh has overdone the songs to make them funny. But the intimidation of singing in a thrilling scene seems wrong. 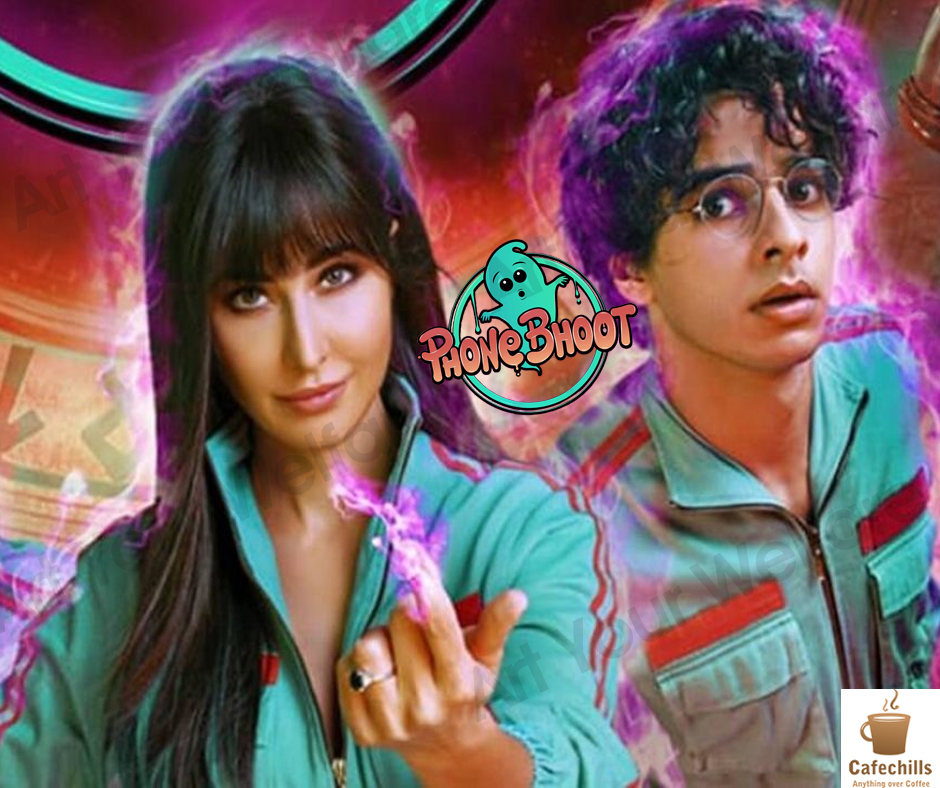 Even though the movie has nothing to do with words like sense and logic, the moviemakers seem aware of that. Also, there is nothing wrong with being meaningless in horror comedy genre movies. With a big star cast, the director tries to do something big but needs to remember the story and the plot. After all its flaws, the movie entertains the audience which is the plus point of the movie. At times it gets boring in between, though overall the movie promises and delivers entertainment.

Phone Bhoot is a must-watch for all horror and comedy fans. The movie’s cast has done a great job portraying their characters. The movie’s music is soulful and will stay with you long after the credits roll. Overall, we highly recommend this movie to anyone who wants to enjoy a good horror comedy. It is worth your time and money.