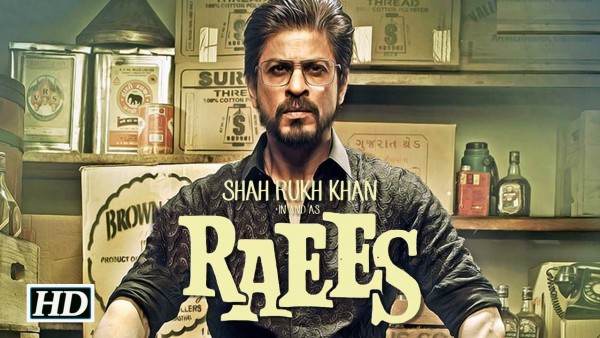 The best career performace after Chak De given by the Badshah of Bollywood who is none other than Shahrukh Khan.
The movie opens in Gujarat, where booze business is worth crores. Little Raees lives with his hardworking Ammi (Sheeba Chaddha) in a small town called Fatehpura. He plays with his friend (Mohammed Zeeshan Ayyub) and hides booze bottles safely in school bag.

Raees is good at getting illegal shipments away from the cops but isn’t that smart businessman. He lands up trusting the wrong people and keeps picking a fight. Enter ACP Majmudar (Nawazuddin Siddique) who is an upright cop and is a worthy screen rival.

The female lead (Mahira Khan) is little more than prop. She is the love interest he marries and keeps at home to bring up his child. Raees either yells or romances. Most of the cops, politicians and chief minister are on his payroll. Something happens that changes his life and others which forms the climax of the movie.
The background music complements very well with the movie and SRK’s coolness.

Raees is a complete package – be it action, romance, songs or drama. A total entertainer. You will love the cat and mouse chase between SRK and Nawaz. Nawaz steals the show although Zeeshan and Mahira have given great performances as well. A one-time watch movie, though SRK fans should not miss this one.