Raksha Bandhan Movie starring Akshay Kumar, is now playing in theatres. It is a movie that symbolizes the unending love between siblings which is seen after long time in Hindi Cinema. This movie encourages girls to be independent. If you are considering watching this movie, you should read this Raksha Bandhan Movie Review to learn more about it.

The protagonists of the movie Raksha Bandhan are Lala Kedarnath (Akshay Kumar) and his four sisters. Lala Kedarnath opens a golgappa and chaat business at Chandni Chowk, New Delhi. The rumors are such that women give birth to a son after eating golgappas in his shop. Lal Kedarnath had promised his dying mother that he would have a happy marriage only after the weddings of his four sisters. In terms of attitude, appearance, and conduct, the four sisters are remarkably distinct from one another.

His concern is with the weddings and dowries of the four sisters. Meanwhile, the wedding of the eldest sister, Gayatri, is arranged. He provides a substantial dowry for his sister, and she gets married. The promise of a marriage of his sisters has Lala on the verge of ending his relationship with his girlfriend. Raksha Bandhan is an intricate tale of family and society that only advances on the shoulders of Akshay Kumar.

Himanshu Sharma and Kanika Dhillon co-wrote the movie’s screenplay. The movie focuses mostly on the issue of dowry, which is still prevalent in our society. However, this movie does not discuss dowry issues in great detail as it would have needed a lot of effort in writing the script. The tale is extremely tedious, which will disappoint those who seek originality and at the same time it is so theatrical that it resembles a regional television drama. With this story, the authors have not made much of an impression. Nonetheless, filmmaker Aanand L. Rai was able to adequately portray the script.

As the movie was released close to the occasion of Raksha Bandhan, the audience is really excited to watch the movie. The people who saw the movie have given reviews saying that they cannot stop crying in the movie and are amazed by Akshay Kumar’s brilliant performance. They are also impressed by Aanand L. Rai’s direction, although the movie’s narrative is weak in numerous parts. His primary objective was to depict Akshay Kumar as the best brother. The story is based in Delhi, yet it has a small-town atmosphere. This wonderful movie based on Raksha Bandhan is gaining hearts overall. 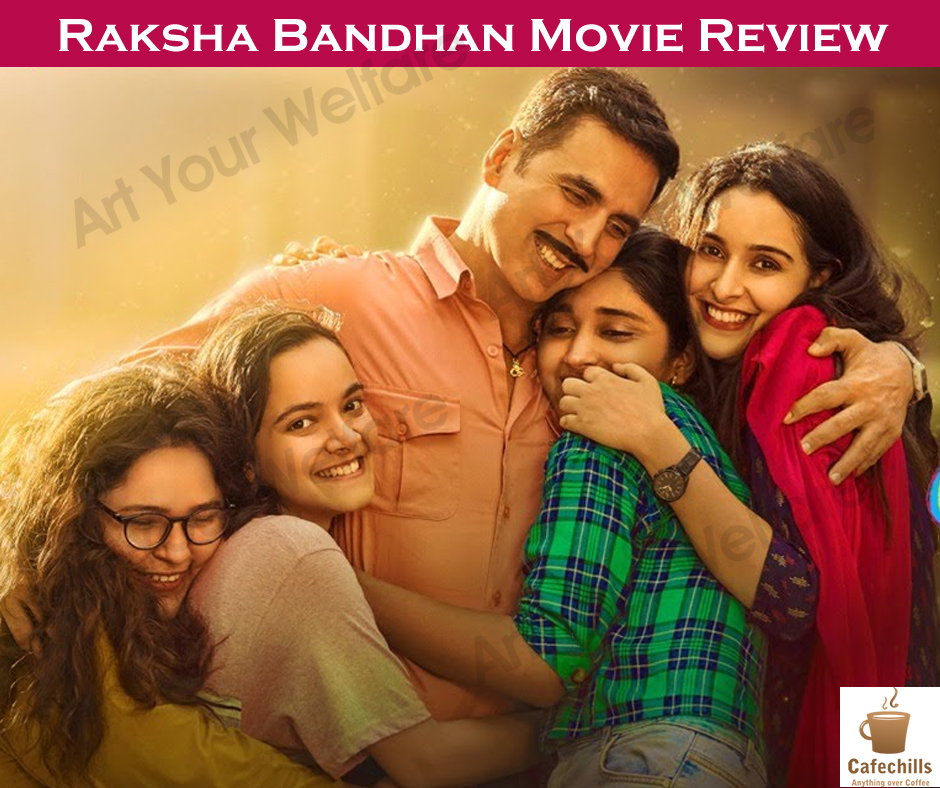 Akshay Kumar has embodied the role of Lala with gusto. In numerous scenes, he gets very emotional. Bhumi Pednekar’s performance as Sapna is effortless and natural. As sisters, the chemistry between Sadia Khatib, Deepika Khanna, Smriti Shrikant, and Sahajdeen Kaur is solid. There are fewer opportunities for them to demonstrate their talent. Seema Pahwa commands a commanding presence as the wedding’s matchmaker. Neeraj Sood plays the role of father. The screen presence of these actors is such that you will be drawn into the movie regardless of their actions.

The movie Raksha Bandhan, which depicts the love between brothers and sisters, is garnering an enthusiastic response from the public. There are no problems in anyone’s performing, but if there are flaws in the script, what can even the performers do? The good performance of Akshay Kumar is complimented. He has touched the hearts of people in every scene. According to the critics, this movie combines humor, comedy, and emotion. With the performance of the cast, this movie could be a success. Raksha Bandhan Movie Budget is approximately Rs. 70 Crores (Source).

The movie’s cinematography is extremely impressive. Despite being situated in Delhi,it retains the atmosphere of a tiny town. The cinematographer of the movie, K. U. Mohanan, did an excellent job. Regardless of how well scenes are shot, they cannot be assembled into a movie without a competent editor. The sequences are not only shot brilliantly, but they also have a TV-serial atmosphere that cannot go missed. The scene editing is minimalist and fast-paced. In short, the editor’s efforts to bring the movie’s scenes to life were subpar.

After delivering two flops in 2022, Akshay Kumar has returned to the movies again. This time he has come with the family drama Raksha Bandhan to thrill the audience. Celebrities and the general public are becoming fond of the movie Raksha Bandhan, which provides a small indication of how well it will perform at the box office. Fans have described the movie as the Best movie of 2022. The movie has also been described as mind-blowing. Dramatic and emotionally-charged movies have not always won the hearts of audiences, but they have also filled them with emotion.

Raksha Bandhan is a comedy-drama movie in which the acting and plot are engaging enough to hold the attention of the audience. The subject may not have been well received from a narrative standpoint, but everyone should see Akshay Kumar’s emotional performance. It is a complete family drama and worth once a watch.