A country where cricket is celebrated as a festival and cricketers are given the status of God. But at the same time, women’s cricket team of the same country is not even considered a legitimate sport to encourage. It can be understood from this that how long a battle has to be fought.

Mithali and the women’s cricket team had to go through a tremendous struggle for their identity. The movie narrates Mithali’s journey from her childhood to the stellar performance of the Women’s team in the 2017 World Cup by becoming the captain of the Indian cricket team. In this journey, she got had to face troubles at every step.

The movie covers Mithali Raj’s journey to become a professional cricketer. How was her childhood? How did she get her first introduction to cricket? What circumstances made her and broke her? How Mithali overcomes all this are focused in the movie and the movie does not just revolve around a cricket match.

This movie is directed by Srijit Mukherji and his direction in this movie is just average. Although he already has a lot of experience in Bollywood movies, the story of the film is based on cricket, but the thrill of the cricket match is missing from the screen. The message scenes are only two to three minutes long. Most of the movie is filled with sports and family dramas and then comes the second half where the story has to be tied up. Due to the climax being predictable, the second half of the movie becomes quite boring.

The good thing about the movie is its energy. There is a lot of energy in almost every scene in this movie, but the screenplay has failed to channel it properly. The movie seems weak in terms of script. There are a lot of mistakes in the story; the technique of storytelling could have been better. Also, some sequences seem completely unreasonable throughout the movie. There are many characters in the script that present the thinking of lower middle-class women in India. 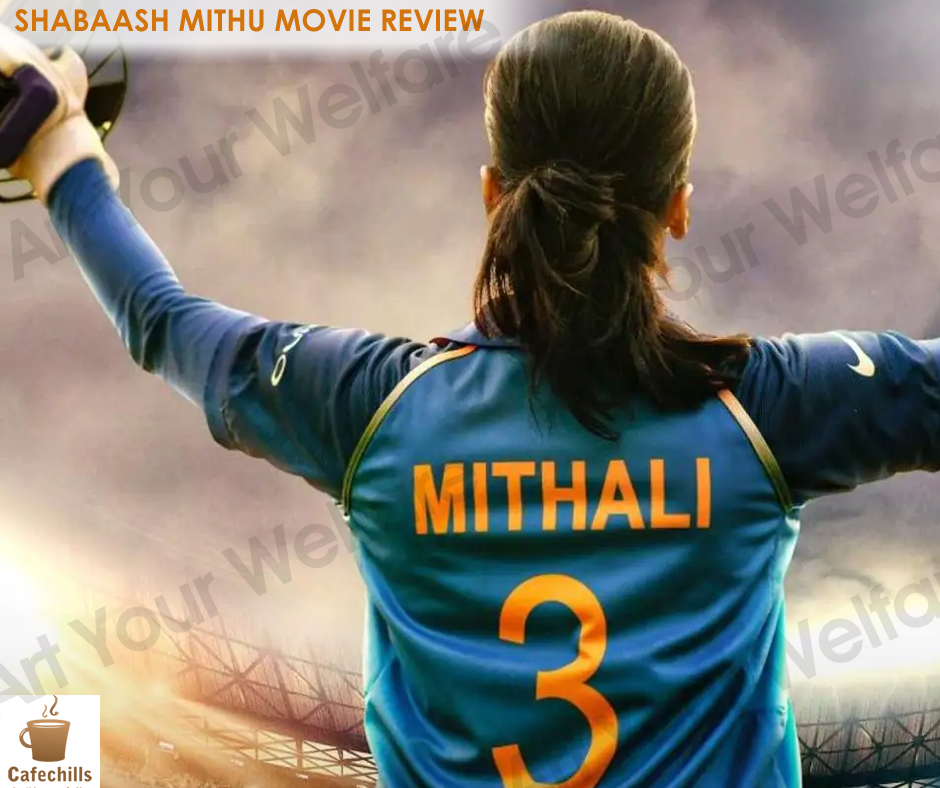 Talking about the acting aspect, this is an important USP of this movie. Taapsee Pannu’s hard work is visible. Be it her look, dialogue or body language, she has seen fit in all. The child actors have definitely won hearts, especially the confidence of the girl who was seen in the character of Noori. The rest of the actors have also appeared completely settled in their roles.

Vijay Raaz has done a commendable job, his work in the movie is the best. Devadarshini’s work is also fine. Mumtaz Sorcar has also done a wonderful job in the movie. There is no shortage anywhere in anyone’s acting, but if there are deficiencies in the script and a lack of good direction, then what can even the actors do. The screen presence of these actors is such that you will be involved in the movie, no matter what they are doing.

Talking about the music, it is a sports drama, so the songs are equally full of enthusiasm, although they have not been able to become effective in that way and the movie has too many songs. The background music of the movie is too loud. In many action scenes, it gives you a headache.

The cinematography is good. Sirsha Ray has created wonders in some scenes with the combination of camera and light. The stadium scenes are also stunning. Sports sequence editing is smooth and fast. No matter how well the action shots are shot, they cannot come to life without the editor. The editor Sreekar Prasad has done his best to put life in the action of this movie.

Shabaash Mithu is not a great movie, but it should be appreciated for one thing that it tries to stand away from the biopics that came before. The matter may not have been well received from the entertainment point of view, but Mithali Raj’s inspirational story should be seen by all who has played an important role in taking the women’s cricket team to its respected position. Along with this, this movie also inspires every woman to fulfil her dream while facing all the opposition and deprivation.

Movies filled with the spirit of patriotism have always not only touched people’s hearts but also filled them with enthusiasm. This is why these biopics have often turned out to be hits on the screen. A movie full of sports spirit graced with strong actors like Taapsee Pannu and Vijay Raaz. Shabaash Mithu will completely satisfy the audience. If you like Taapsee Pannu and sports biopics, you can watch this movie.