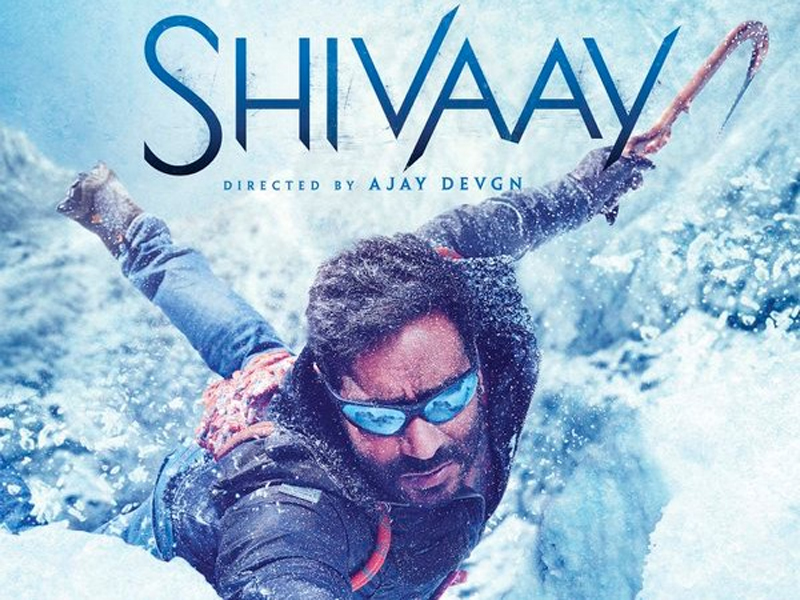 Shivaay (Ajay Devgan) is a fearless mountaineer in Himalayas who conducts treks and is covered in Lord Shiva tattoos. On one of his treks, he meets Olga (Erika Kaar) who belongs to Bulgaria. He saves her from a deadly accident and later on both fall in love. Olga becomes pregnant and is not ready for a child but agrees as Shivaay insists a lot. She gives birth to a baby girl and leaves him with the baby girl. She goes back to Bulgaria.

Nine years later, Shivaay is living happily with his daughter Gaura (Abigail Eames). Gaura learns that her mother is alive and insists her father to take her to Bulgaria to meet her mother in spite of the fact that her mother abandoned them years ago. During the visit, their plans to meet Olga get foiled as Gaura gets kidnapped in the foreign land. Rescuing Gaura from the child traffickers becomes the only reason for survival of Shivaay.

On the music front, ‘Bolo Har Har’ is awesome as background music. ‘Darkhast’ is a pleasant song in the movie besides ‘Tere Naal Ishqka’.

The film runs a bit long in duration (3 hours). Ajay is unstoppable in Shivaay but his second directorial venture doesn’t engage you much emotionally.