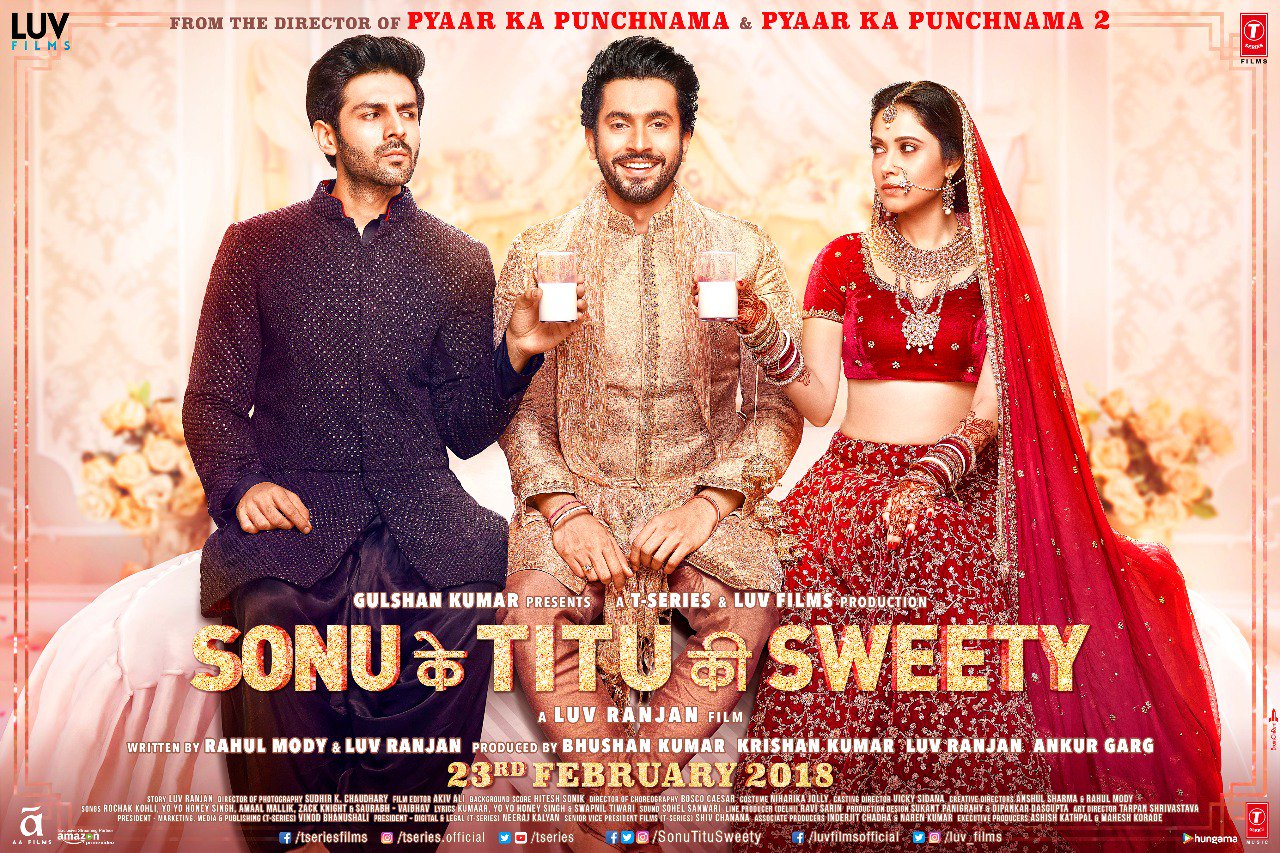 Sonu ke Titu ki Sweety is similar to Pyar ka Punchaama though a little different. Sonu (Kartik Aryan) and Titu (Sunny Singh) are two best friends staying together – just like 2 brothers but from another mother. Titu always lands up with wrong girls all the time and Sonu comes to his rescue always.

Titu meets Sweety (Nushrat Bharucha) and falls head on heels in love with her. Sonu feels something is fishy and a girl cannot be so good. Sonu now feels insecure about losing his friend as Titu is like a family for him. Sonu tries to separate his friend from Sweety and does all sorts of things to do so which include getting Titu’s ex in the fight with family members.

Is Sonu right in doubting Sweety? Do decent women really exist? Will Sonu Ke Titu Ki Sweety prove that sweet and caring girlfriends are still there in this world full of selfish people?

Kartik Aryan is the show stealer with his monologue dialogues and he is in his top form. This is the best movie of his career. Sunny Singh has done his part well. He is innocent and looks hot. He has lot of potential in him. Nushrat Bharchua looks sexy although her minimal dialogues still seem to charm the audience. Alok Nath has finally shed his Sanskari image and is now is a cool granddad.

Music of the movie is good and goes well with the screenplay. “Chhote Chhote Peg” is awesome as Titu and Sweety dance to Yo Yo Honey Singh track.

Overall, a pure entertainment movie. Bromance vs Romance brewing but nothing extraordinary.